Home / Articles / Exercise is Good for You, it's a Fact

Exercise is Good for You, it's a Fact

Home / Articles / Exercise is Good for You, it's a Fact

Exercise is Good for You, it's a Fact

Robert Marchand in January 2017, after accomplishing an incredible feat: 22.547 kilometres in one hour – a new record in the “Champions over the age of 105” category. Today, at 107, he continues to practice cycling.
J.SAGET/AFP
Share
Share
Depression, cancer, cardiovascular disorders, diabetes… A collective study has confirmed the preventive and curative value of physical exercise in relation to chronic diseases – provided an appropriate regimen is put in place.

Exercise should be prescribed and made an integral part of the treatment programme of all patients presenting a chronic pathology. Such is the unequivocal conclusion in February of an INSERM collective study1 involving several CNRS laboratories. Today, one out of every four persons suffers from a non-communicable chronic disease, a proportion that rises to three out of four above the age of 65. “Physical exercise is of great medical, societal and economic value,” confirms Cédric Moro, a researcher at the Institute of Cardiovascular and Metabolic Diseases (I2MC)2 and a specialist in metabolic disorders. “Part of curative medicine should be replaced by preventive medicine.”

“The next step is to make healthcare professionals and patients aware of the importance of adopting suitable exercise programmes,” adds François Carré, a sport cardiologist at the Rennes teaching hospital in Brittany and a researcher at the Biosit research facility.3 Activities such as walking, running and gardening activate metabolic mechanisms – biological reactions that occur in the body and whose effects can be detected and analysed down to the level of the cell. 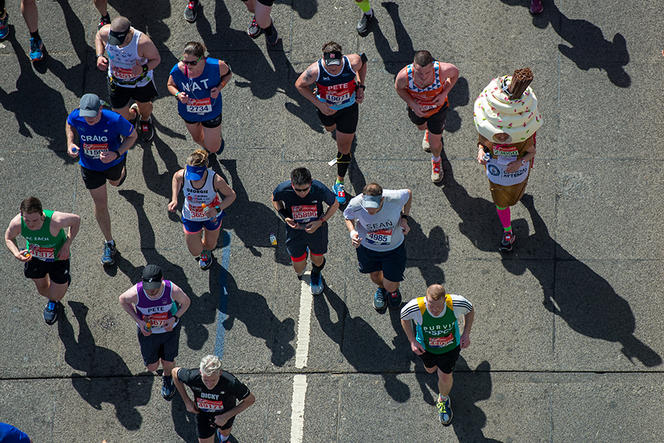 Without going so far as running a marathon (like the one in London shown here, in April 2018), endurance sports are recommended in the treatment of certain cardiovascular disorders. 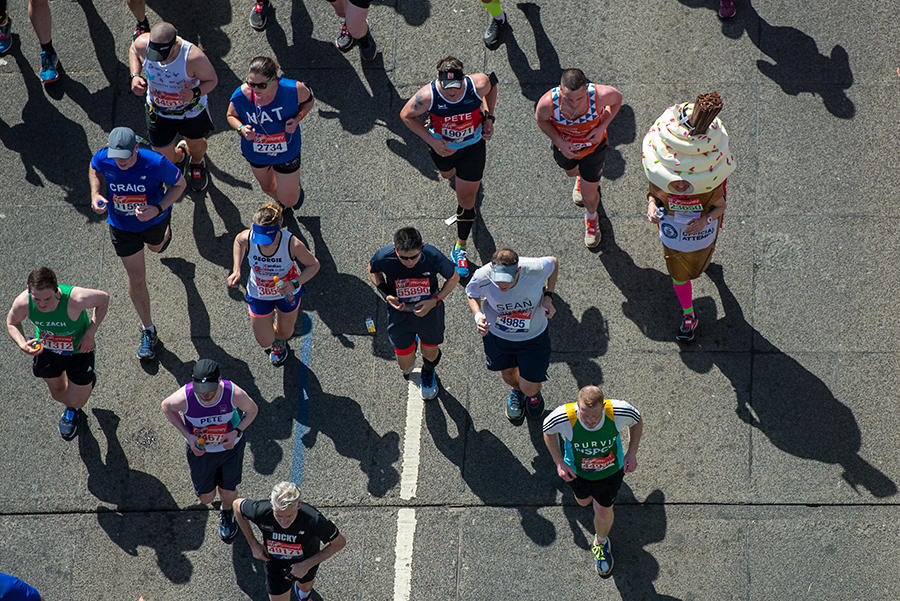 However, inactivity, a lack of motivation, fatigue and the fear of discomfort due to movement result in physical deconditioning, and the phenomenon is exacerbated in patients suffering from chronic diseases, who tend to be more sedentary. Breaking this vicious cycle requires reconditioning through suitable exercises, both to build endurance and to strengthen the muscles. Endurance exercises are beneficial in terms of energy and are especially recommended in case of diabetes and certain cardiovascular disorders. Muscle building is helpful in preventing atrophy, which is common among cancer patients, for example. By balancing these two factors, physicians can prescribe effective personalised programmes.

The leading cause of death, ahead of cardiovascular diseases, cancer was of course included in the list of conditions covered in the study. The number of cases has doubled in the past 30 years. Although one out of two patients is now cured, more than 50% develop sequelae, in particular debilitating fatigue that can last as long as five years after recovery. In this case, the combination of a gradually intensifying regimen of endurance plus muscle building exercise helps counter these effects (especially fatigue), provided that the exertion remains moderate during treatment. “The earlier patients begin exercising after diagnosis, the better they withstand the side effects,” comments Béatrice Fervers, an oncologist at the Centre Léon-Bérard and a researcher at the Cancer Research Center of Lyon (southeastern France).4

For example, movement modifies the body’s composition (reducing visceral adiposity and preserving or even improving muscle mass) and increases muscular strength. The potential effects of regular physical exercise on the mechanisms involved in tumour proliferation are easily explained: the best documented results concern cases of breast cancer and are linked to glycaemic regulation, increased insulin sensitivity, an anti-inflammatory effect and hormonal regulation.

According to researchers, physical activity most probably reduces the risk of recurrence and mortality in the event of breast and colon cancer. Given this conclusion, what is being done to introduce suitable exercise programmes in France? “The message has got through to the major treatment centres, but we still have a long way to go between simply telling patients to be active and offering them the support and care they need in order to make exercise a permanent part of their lifestyle,” Béatrice Fervers laments. 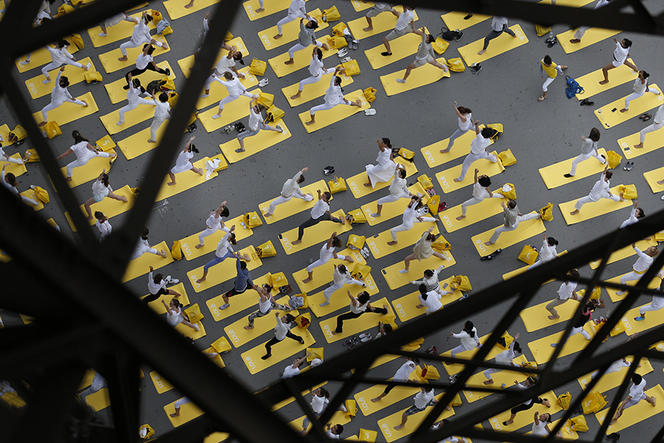 Hundreds of people participated in this yoga session under the Eiffel Tower in June 2015. 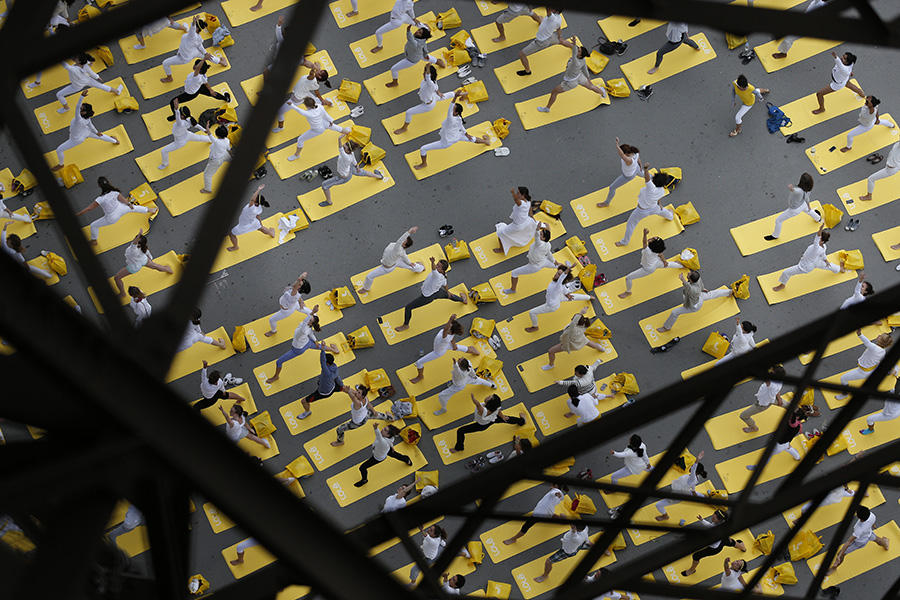 Hundreds of people participated in this yoga session under the Eiffel Tower in June 2015.
T. Samson/AFP
T. Samson/AFP
Share
Share

In the case of heart disease, the risk factors are already well-known: smoking, stress, hypertension and, not surprisingly, lack of exercise. After a heart attack, limiting the risk of recurrence means changing the patient’s habits. “This is achieved through physical rehabilitation,” François Carré explains. “It’s no longer a question of what kind of exercise to recommend, but more importantly at what level of intensity?” Interval training, alternating high-intensity peaks with rest periods, has proved to be the most effective in post-heart attack rehabilitation.

We also know that below a certain threshold of VO2max (the maximum quantity of oxygen that the body consumes during intense exertion), a patient with heart failure needs a transplant. “With exercise, their physical capacity improves and we can get them out of the red zone, in other words above 5 METs ,” reports Thibaut Guiraud, a physiology researcher at the I2MC. The benefits of exercise for patients at risk of heart failure are recognised. Still, as the scientist points out, “after a heart attack, only 30% of patients are sent to a rehab facility, of which only 30% continue to exercise a year later.”

Winning the battle against depression

Another recommendation derived from the study is that at the rate of three supervised sessions of at least 30 minutes per week, preferably in a group for the benefits of social support, exercise should be prescribed as a first-line treatment, before any medication, for mild to moderate depression. The reason is quite simple: the researchers found that the effect of exercise in combating this pathology is directly equivalent to that of antidepressant drugs. This observation is consistent with the known fact that physical activity boosts the production of endorphins and helps trigger the reward circuit. “There are visible effects on the limbic system ,” Cédric Moro explains, “thus reducing stress on the corticotropic axis, which is hyperactive in patients suffering from depression.” However, the production of this blend of compounds in the brain involves little-understood mechanisms that have yet to be investigated in depth. 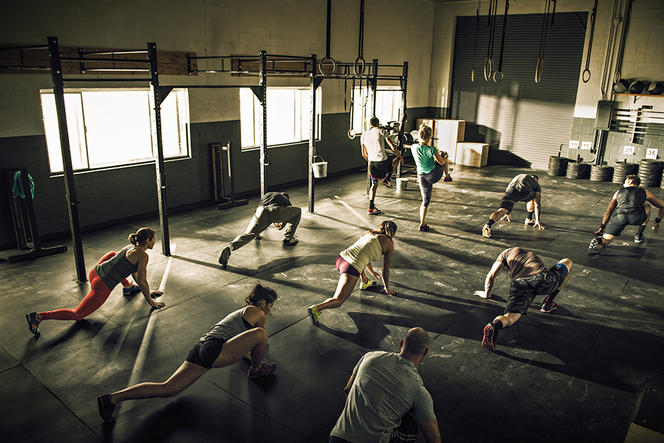 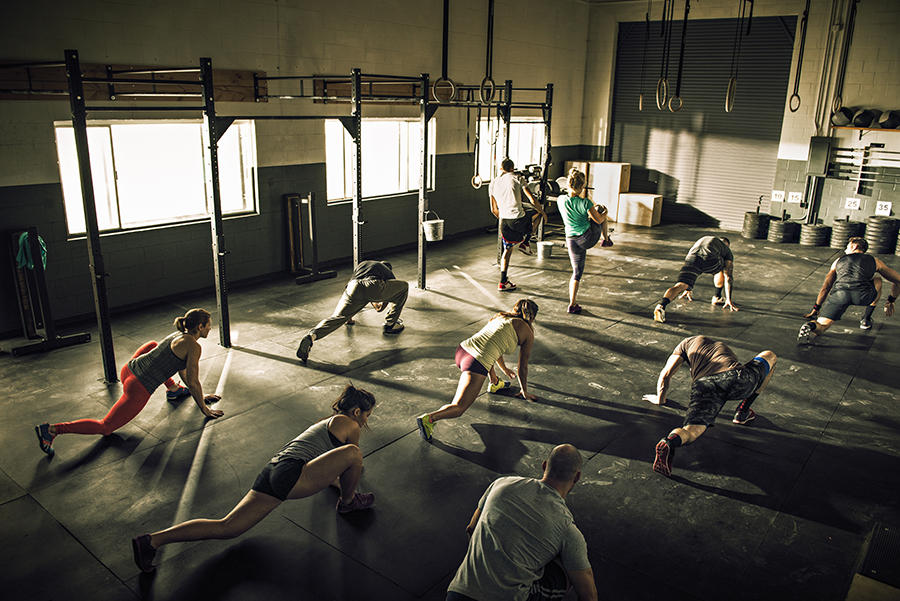 Muscle function is another key topic for researchers, because the muscles produce myokines, hormones that have metabolic effects on a number of organs. “In obese patients, the muscle tissue contains some fat. Exercising makes this fat melt, which improves the ability of insulin to supply the muscle with sugar, thus limiting the development of type 2 diabetes,” says Cédric Moro, whose team has identified a specific hormone (GDF15) that influences the body’s use of fats in case of diabetes.

The study also looks at the example of certain myokines, like interleukin 6, that stimulate the production of interleukin 10, known for its anti-inflammatory effects. Since inflammation is a factor in many chronic diseases, the production of this hormone by the muscles can combat it and reduce the pain associated with osteoarticular diseases and cancer.

Fighting the effects of ageing

What if exercise could also counter certain cognitive effects of ageing? The team headed by Fabien Pifferi at the Adaptive Mechanisms and Evolution (MECADEV)5 laboratory  has studied the effects of caloric restriction on the lifespan of primates of the genus Microcebus (mouse lemurs).

They observed that these animals live longer but at the same time develop higher than normal rates of cerebral atrophy.6 “We know that physical activity reduces cerebral atrophy,” Pifferi reports, “so we have launched a new experiment as part of one of our PhD students’ thesis. This time we’re imposing lower caloric restriction, but accompanied by energy consumption in the form of exertion.” For example, instead of cutting the animals’ food intake by 200 calories per day, the laboratory is lessening it by 100 calories and introducing an exercise that “burns” the other 100. The goal of this new study is to determine whether physical exercise prevents the metabolic disorders that affect cognitive functions with age – in particular neurogenesis, the body’s capacity to replace lost neurons.

While awaiting upcoming results, integrating exercise into patients’ daily lives, and even as a preventive measure, is already a societal objective. In keeping with a law passed in 2016 urging physicians to prescribe exercise to treat chronic disorders, the researchers involved hope that this collective study will mark a turning point. “The situation is favourable because the message is the same for all chronic pathologies,” Béatrice Fervers concludes. “Even though the current economic context is not conducive to additional health spending, we need to make an organisational and economic commitment in order to effectively integrate exercise in the prevention and treatment of chronic conditions.”