A Remedy for Performance Anxiety?

A Remedy for Performance Anxiety?

Tennis player Roger Federer at the BNP Paribas 2012.
©Mike McCune/CC BY 2.0/ Common wikimedia
Share
Share
In the lead-up to the 2020 Olympics, a French-Japanese team offers sportspersons—as well as performers from other fields—a precious boost by identifying the brain region linked with performance anxiety and defining strategies against its detrimental effects.

They say that practice makes perfect, but performers like athletes and musicians are all too aware that when the pressure is on, no well-honed routine or heavily-rehearsed moves are immune from disaster if a bout of the jitters strikes. To figure out how exactly anxiety can throw a sequence of motor actions off course, neuroscience specialists from France and Japan conducted a series of behavioural experiments on participants, assigned different learning approaches, then asked to performed under pressure.1 Not only does their study highlight the stages of a performance most prone to stress-induced foulups, but also the part of the brain to blame—as well as possible solutions for professionals and amateurs alike.

In the past decade, scientists have started to unravel the brain mechanisms linked with performance anxiety but so far, studies have focused on one-shot actions. Yet the practice of sports and music can’t be reduced to single actions, relying as they do on sequences of actions, for example a tennis player’s serve, backhand and volley, learned separately before being combined. As Gowrishankar Ganesh from the LIRMM2 and the JRL3 notes, “pre-learning sub-sequences and joining them later into one is standard—even fundamental—in current sports and music training.” 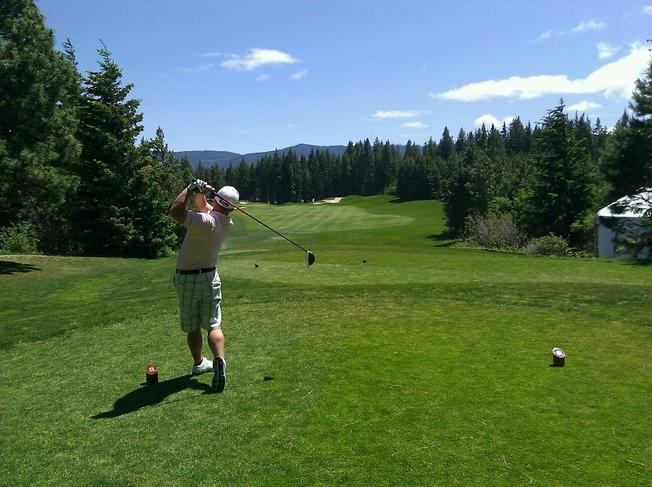 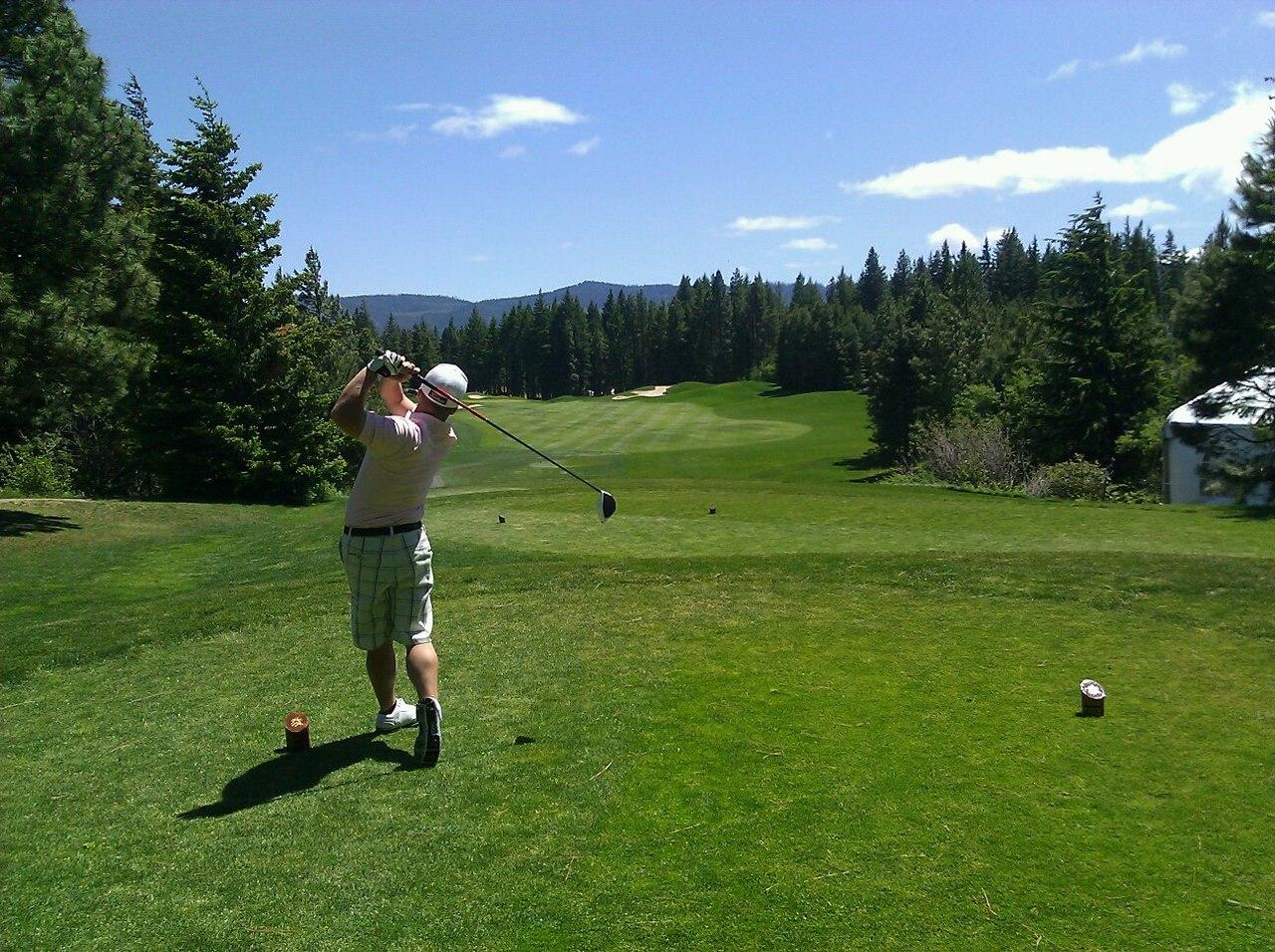 The researcher reports that his team was intrigued by one particular aspect of action sequences: the interaction between explicit and implicit movements, requiring the brain to deploy different levels of movement control. Ganesh elaborates further on this distinction: “Say you’re learning to play golf with a coach. The coach will give you verbal instructions and demonstrate how to make a swing, so the first time you make your swing, you’ll ‘explicitly’ try to follow these instructions. But as you practise and get better, your movements will become more ‘implicit’ and automatic so you no longer think about how to move your arms and body. As your skill increases, you’ll also implicitly adapt these movements to your own style and body constraints.” How, wondered Ganesh and his colleagues, does performance anxiety affect these movements which start out as explicit but then become implicit through training?

Going on a hunch that learning strategy has a bearing on the issue, the research team designed a task to check their hypothesis: a 10-button motor sequence that test participants learned to press in response to visual cues, either as “single learners” who trained to learn the whole sequence in one go, or “part learners” who learned the sequence in two separate parts before training on the full sequence.

When asked to join two parts into one sequence, part learners were effectively asked to adopt an explicit movement strategy, visible as a pause at the junction. Then gradually, as they became more familiar with the overall sequence, Ganesh points out that they “seemed to lose this explicit process” and even managed to complete the 10-button sequence faster than single learners. But when anxiety entered the picture—in the form of an electric shock, administered when learners pressed a wrong button or were too slow—the part learners lost their edge: they slowed down more than single learners, and also suffered more shocks due to more errors. Significantly, the point at which part learners faltered the most was the junction at which they combined the pre-learnt sequences—a result that Ganesh explains by “a reactivation of the movement strategy utilised at the start of training. More specifically, the learners’ recall of their initial movements interfered with the smoother, more intuitive movements that they developed through their training and ideally should have continued to follow.”

Having singled out the junctions between pre-learnt sequences as the greatest stumbling blocks when anxiety hampers performance, the researchers next sought to identify the brain region associated with performance deterioration. Hence a second experiment involving another group of participants—again divided into single learners and part learners and given a button-press task followed up by an anxiety test—but this time lying in an fMRI (functional magnetic resonance imaging) scanner. The scanner, measuring brain activity by detecting variations in blood flow, showed that the part learners’ slip-ups at sequence junctions were marked by activity in the dorsal anterior cingulate cortex (dACC), a brain region whose functions include reward processing and decision-making during motor tasks. “And while the dACC has been known to be active during anxiety,” adds Ganesh, “it has never been shown as the cause of anxiety-related performance deterioration—which is what we show here.” 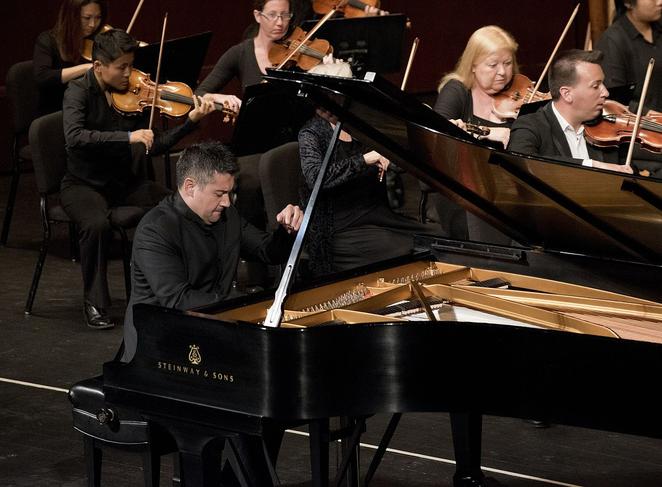 It may be better for sports and music professionals to subdivide tasks as little as possible during training but rather train on whole action sequences. 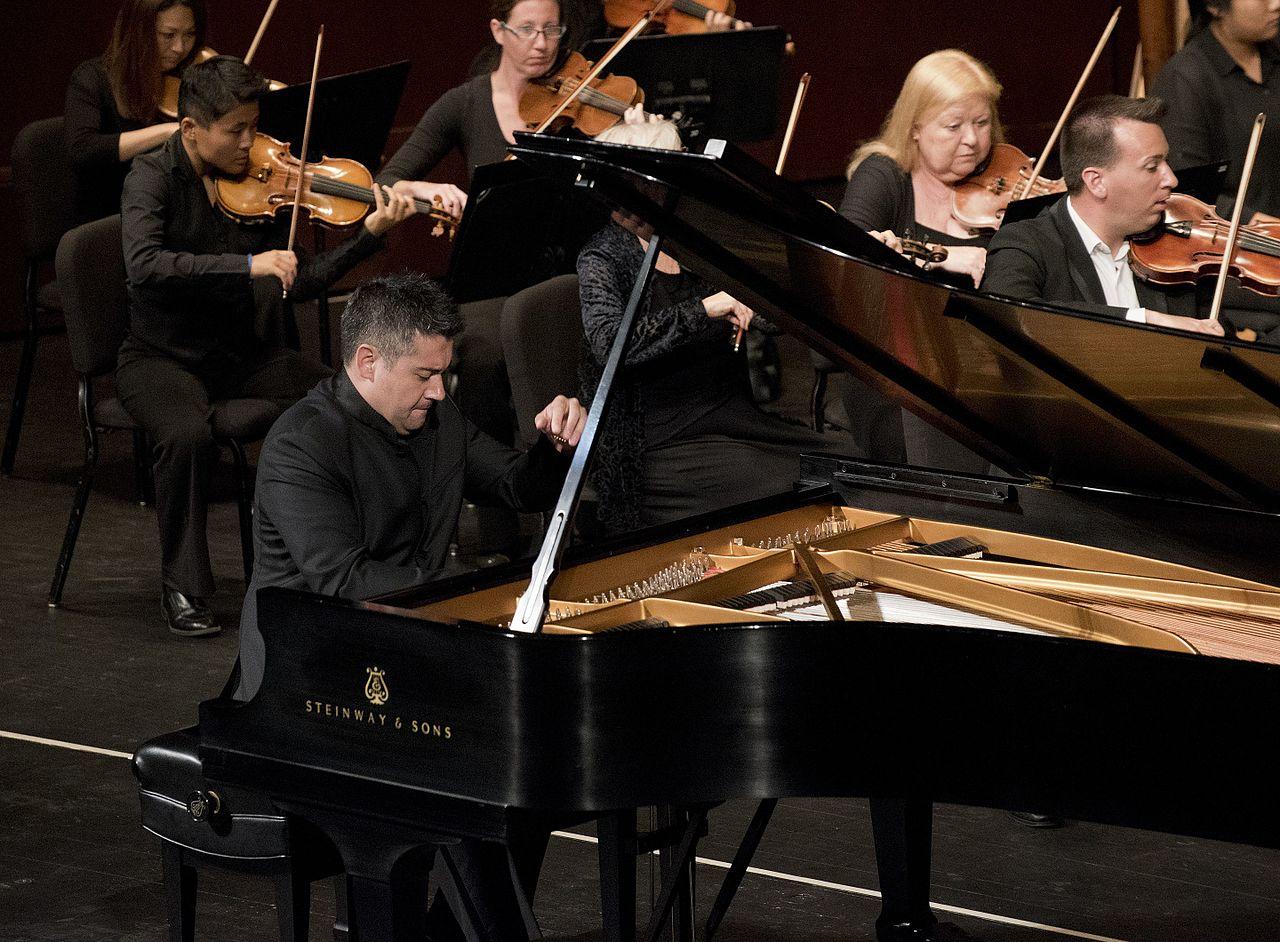 For in a third and final experiment, the team demonstrated what happens when the dACC is “switched off”. Here, the participants—all part learners—trained on a 10-button sequence before half of the group received electromagnetic stimulation of the dACC via 1 Hz rTMS (repetitive transcranial magnetic stimulation)—an established technique to temporarily reduce activation of a targeted brain area—while the other half received a sham stimulation. Sure enough, those actually receiving rTMS notched up fewer shocks, reflecting reduced effects of anxiety on their performance, compared to the other half whose shocks continued to peak at sequence junctions as in the previous two experiments. It follows that dACC activity doesn’t just accompany anxiety-impaired performance, but actually triggers it—probably, suggests Ganesh, by prompting the brain to “unnecessarily explore alternate action options to avoid failure, hence slowing down learners’ actions and driving them to make errors.”

The beneficial effects of rTMS on performance anxiety, seen here, may well find their way into sports fields and concert halls in the future. Ganesh and his teammates plan to probe the therapeutic potential of rTMS in upcoming research involving “regular athletes performing a more realistic sports task”, namely to find out if the technique can produce effects “strong enough to translate to whole-body sports tasks in the real world.”

Yet even more broadly and fundamentally, the new French-Japanese findings can also be expected to shake up approaches to learning sports and music. “Our results show that athletes who learn sports in a natural continuous manner, rather than learning sub-actions and combining them later, may be more resistant to performance anxiety. For example, this means that a footballer from Brazil, who learns the game as a whole by playing on the streets, is probably more resistant to performance anxiety than a player who trains on individual football actions like kicking and dribbling with a coach. In other words, it may be better for sports and music professionals to subdivide tasks as little as possible during training but rather train on whole action sequences.” A strategy likely to transform sports and music skills acquisition into a whole new ballgame.

Article
The blob creeps into the homes of the French
Performance

Article
Biomechanics off to a flying start in BMX racing

Slideshow
The Science of Cycling