A Closer Look at Asia

A Closer Look at Asia

Ueno's shopping district in Tokyo (Japan).
Thomas LINKEL/LAIF-REA
Share
Share
Following the French Network for Asian Studies International Conference, which was held on June 26-28 at Sciences Po Paris, Sébastien Lechevalier and Rémi Madinier explain the value of focusing on a region and bringing together researchers from all disciplines within a single Scientific Interest Group (GIS Asia).

The Scientific Interest Group (GIS Asia), set up in 20131 and of which you were director during its first mandate, focuses on research on Asian countries. What are the key areas studied and what insights can they bring to current events?
Sébastien Lechevalier: A number of themes have taken on greater significance in recent years. Research on migration—particularly from Southeast Asia to Japan—the gender issue, the place of women in China or in India for example, reflections on the role of the state in the wake of the latest economic crises, and so on. Studies on what is happening in Asia provides a fresh and off-center perspective on topics also of current interest in France. On the other hand, we are witnessing hitherto unknown issues in world history, such as the rapid ageing of the Japanese and Korean populations, together with a collapse in birth rates and life expectancy. We hope to learn why these situations are different in Europe, which in turn will give us a better understanding of our own history. Finally, Asia is coming to play an increasingly important role in the field of international relations. This region, traditionally dominated by Japan until the end of the 1990s, has been destabilized by the rising power of China. Consequently, geopolitics is increasingly important for our interest group (SIG Asia). Moreover, it will be interesting to see whether US hesitancy on climate change under its current president will further consolidate Chinese leadership in the world.

Rémy Madinier, you were a member of the preliminary committee of the GIS. What can we take from this global view of Asia?
Rémy Madinier:2 Having a global view also allows us to better understand the Asian sentiment of belonging to a wider culture, which is rapidly growing. Regional collaborations are multiplying in situ, and a structure such as the Association of Southeast Asian Nations (ASEAN)—comprising 10 of the region’s countries —has taken on an important cultural dimension in recent years. Since 2013, China has also been encouraging the development of what has been termed the “New Silk Road,” which is an economic circuit serving to further unify the interests of the Asian countries. Our interest group reflects this groundswell and will help us better understand these new circumstances. 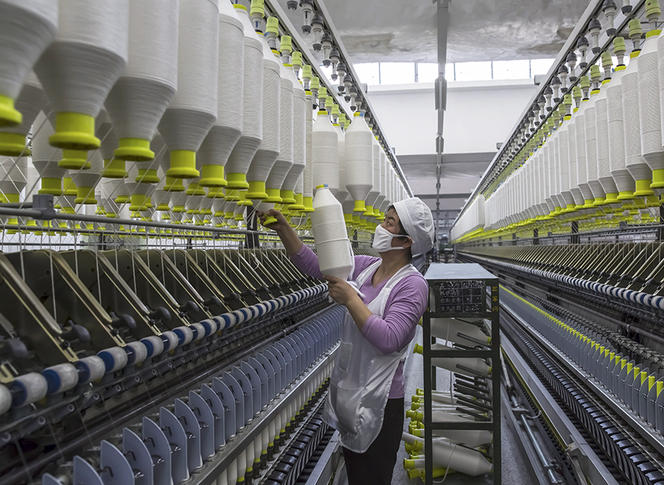 A production line in a textile factory in Huai'an, north of Shanghai (February 2017). As part of its "new silk road" project, China seeks to promote the economic development of the provinces Located on this route. 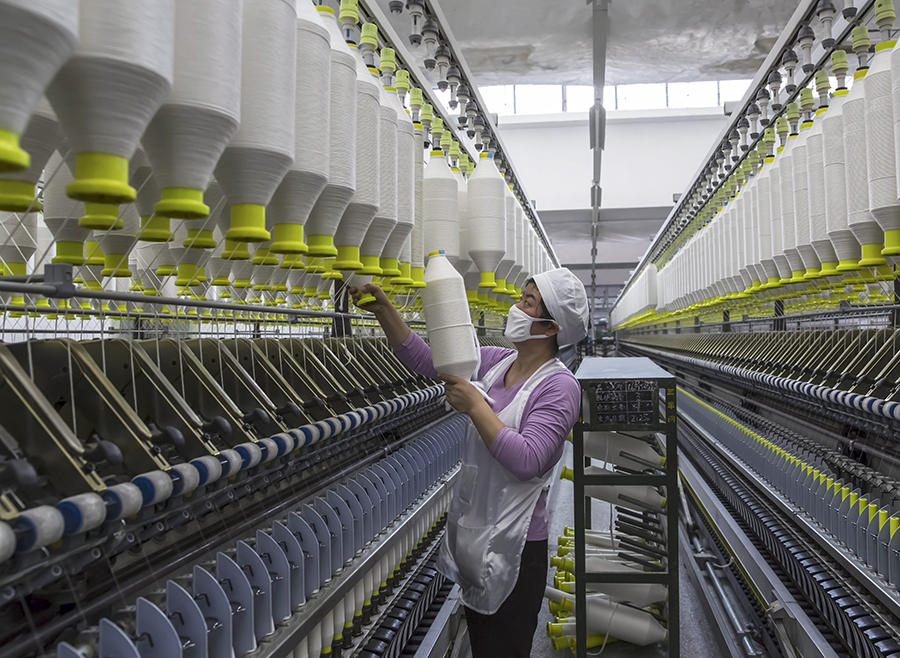 A production line in a textile factory in Huai'an, north of Shanghai (February 2017). As part of its "new silk road" project, China seeks to promote the economic development of the provinces Located on this route.
SIPA Asia/ZUMA/REA
SIPA Asia/ZUMA/REA
Share
Share

French research is traditionally divided into different disciplines. What value is there in focusing instead on a cultural area?
R.M.: The more recent approach of the cultural area provides a more coherent vision of a particular region: if you sit a geographer, an economist and a philosopher down at the same table to work on Japan, you will have different approaches to the same theme, which is always greatly enriching.

S.L.: In France, “Asian studies” as such do not exist: we have instead sinology, Indian studies, Japanese studies, and so on, and these are all more or less balanced. Chinese studies are broadly dominant for instance, and indeed prestigious worldwide. One role of GIS Asia is to achieve a greater balance between these different streams. Furthermore, we insist on the commonalities between these different regional zones but without glossing over the fact that it is very difficult to give an all-embracing definition of Asia.

What in fact do we mean by “Asia?”
S.L.: It is not just a region whose frontiers could readily be drawn. It also comprises a history, a culture, different civilizations, and so forth. And of course the border regions are continually shifting. Beyond the Arabian Peninsula, the city of Istanbul is itself divided into two halves—a European one and an Asian one. And in the Far East, although the line is generally drawn at Japan, there is much discussion as to whether cities such as Vancouver and Sidney should perhaps be considered as Asian. However, our studies all revolve around fieldwork, the study of a language that is frequently more difficult than French, and a certain disciplinary and theoretical approach. 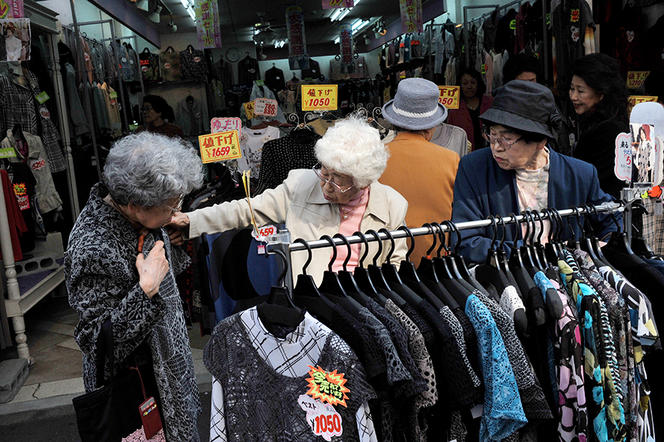 The old neighborhood of Sugamo, in Tokyo, is known for its many shops for the elderly. According to a projection by the National Institute of Population and Social Security Research (IPSS), the proportion of people aged 75 and over could reach more than a quarter of the Japanese population by 2060. 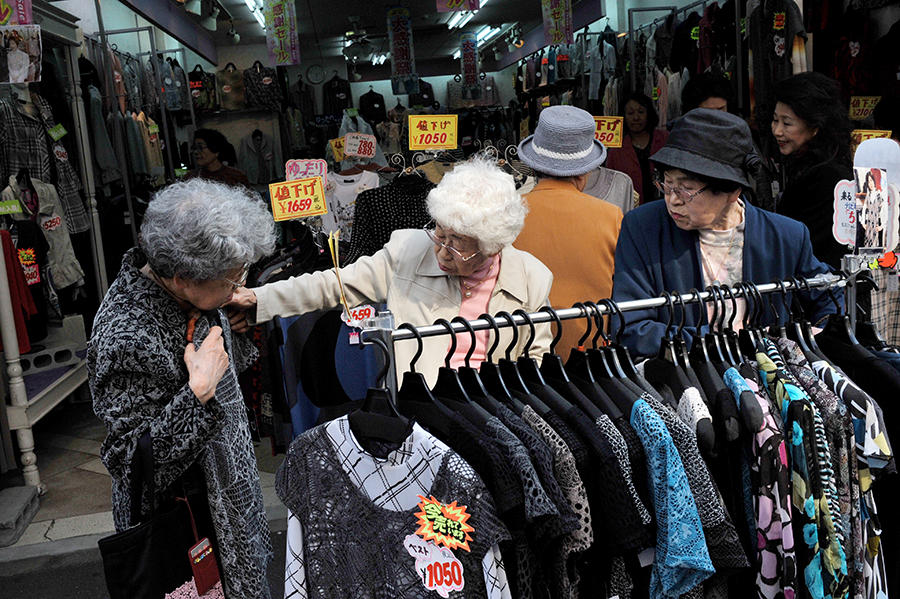 Ultimately, this scientific interest group has brought together a community of researchers and forged a new discipline…
SL: Exactly. If you take Asian studies, you will find economists, legal specialists, historians, anthropologists, and so on, who were formerly scattered among different institutions and were not necessarily able to exchange viewpoints or work together. In particular, we have ensured that the scientific council has become diversified and that it represents—as far as possible—all the different facets of Asia, embracing research not just about Japan, but also on such places as Indonesia and Kazakhstan.

RM: France has a long history of Asian studies, but these have generally gravitated around a handful of disciplines such as history, linguistics and anthropology. Other approaches have been developed in recent years such as those involving law and economics, but these have not had access to the same resources. Consequently, it was important to bring them all together and to encourage cross-disciplinary collaborations. 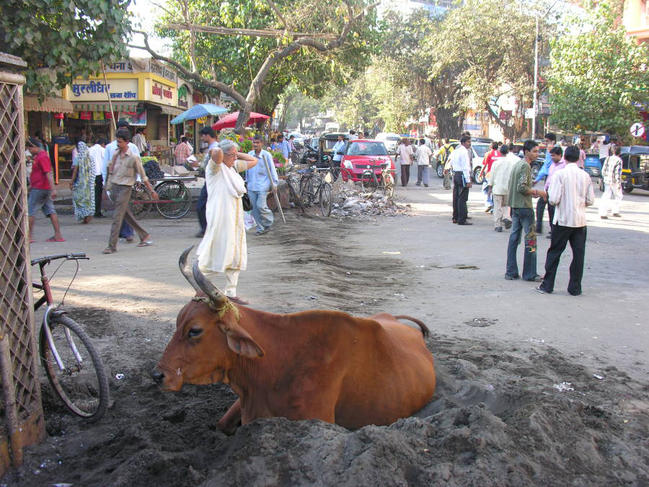 A street in Khar West, a popular neighborhood of Mumbai (Bombay), India. The fast growth of the urban population implies a significant need for infrastructure, but also widens social inequalities. 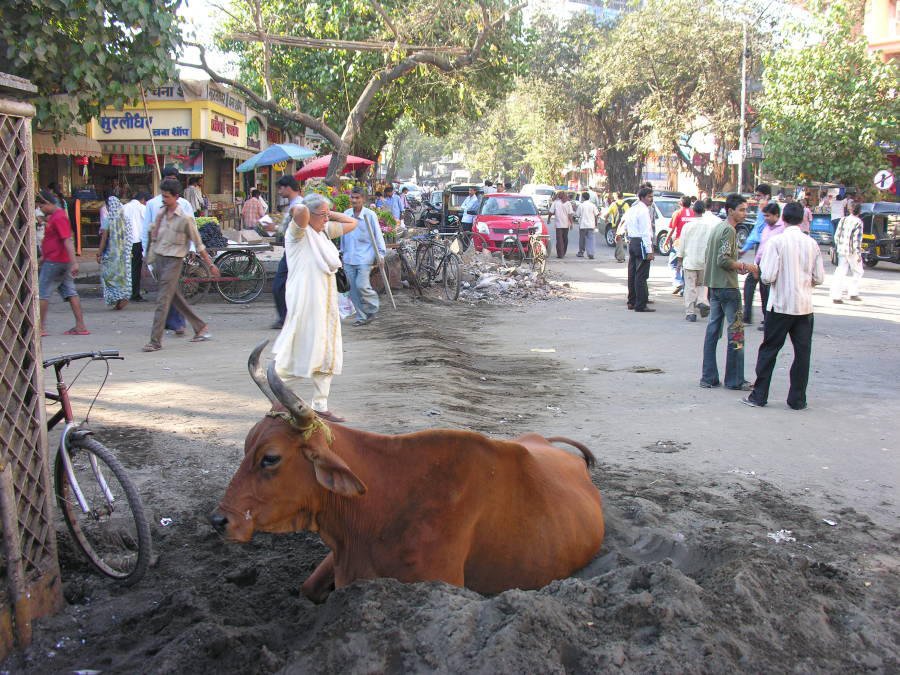 Such field studies can involve considerable difficulties…
SL: It is true that we are working in a field that is far away and occasionally difficult to access; we must also learn a language far removed from our own Greek-Latin roots, in addition to which we must study history and cultural references rarely touched upon in standard courses. All of this takes time and calls for specific resources. The cost of a field study concerning prostitution in China, for instance, is not the same as the cost of a desk study. It is also our role to highlight these difficulties so as to improve research.

Does this help promote the internationalization of French research and creative visibility of the latter, particularly in Asia?
SL: The fact that Asian studies are in good health is excellent news for the humanities. This area has traditionally been built for the most part around largely French-based concerns and collaborations with the Anglo-American world. The opening up of Asia is a breath of fresh air for French researchers, and offers an opportunity to investigate new questions and move away from bilateral relations with the United States in particular. Indeed, the increasing number of collaborations with Asian institutions is providing unprecedented visibility for French research being conducted there. Cultural studies are particularly important since, contrary to what one might think, globalization does not equate with convergence but involves maintaining the profound differences that exist between the various regions of the world, making it even more important to stimulate dialogue between these areas.