Home / Articles / Where Have all the Farmland Birds Gone?

Where Have all the Farmland Birds Gone?

Home / Articles / Where Have all the Farmland Birds Gone?

Where Have all the Farmland Birds Gone?

In France, the number of farlouse pipits, passerines that feed on invertebrates, has decreased by 68% in 17 years.
S. BOUILLAND/BIOSPHOTO
Share
Share
The song of skylarks, linnets and meadow pipits traditionally resonate across French farmlands. But for how much longer? Studies from long-term observatories paint an alarming picture: the populations of farmland birds have fallen by one third in the last 17 years.

“We spray our elm trees and the following springs are silent of robin song,” warned American ecologist Rachel Carson in 19621 as the potent insecticide DDT ravaged songbird populations in the United States, “not because we sprayed the robins directly but because the poison traveled, step by step, through the now familiar elm-earthworm-robin cycle.” The role played by DDT in the rising tide of bird deaths was subsequently demonstrated, resulting in this “poison” being banned in many countries. But the problem is far from solved.

All species are affected

There are a growing number of studies decrying the harmful effects of intensive farming and massive pesticide use on biodiversity. For their part, two such studies, conducted recently throughout the whole of France by the French National Museum of Natural History and at local level by the CNRS, set out worrying findings: over the last 17 years, one third of birds have disappeared from French farmland.

Our farmland is turning into a real desert.

"The situation is catastrophic,” laments Benoît Fontaine, conservation biologist from the Cesco2 at the National Museum of Natural History. “Our farmland is turning into a real desert.” “Populations of all bird species are literally collapsing in the cereal-growing prairies,” adds Vincent Bretagnolle, ecologist at the Centre for Biological Studies at Chizé3 and director of the “Sèvre Plains & Valley” area. “Partridge are now practically extinct within our study zone.”

With its especially strong naturalist traditions, the UK has been monitoring bird populations using standardized and rigorous methods since the 1970s and France has followed in its tracks. It was as part of this movement that in 1989 France’s National Museum of Natural History initiated the vast STOC program (for “Tracking Common Birds over Time”4) across all regions of France. Twice a year, during the spring, several hundred volunteer ornithologists carry out a census of all the birds they see and hear early in the morning within an area of 4 square kilometers, whether in towns, forests, or countryside. In all these habitats, an inventory is made of skylarks, swallows, coal tits, wood pigeons, and of all 175 species of common birds. “Starting in 2001, we changed our sampling method and randomized sites for monitoring, thereby achieving a far more accurate image of what is really happening across France,” explains Fontaine. 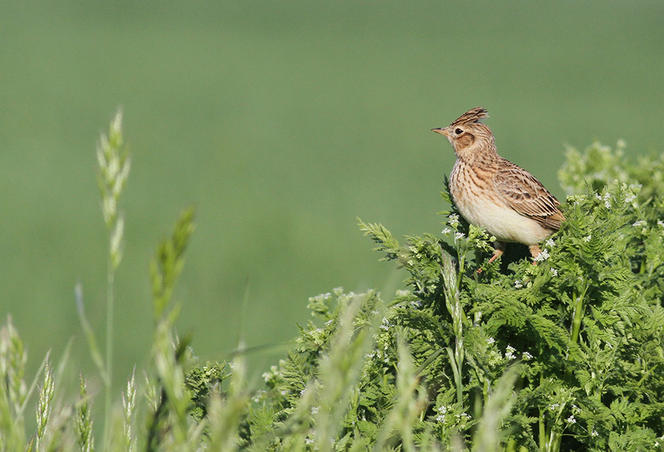 The skylark has been reduced by one-third in less than 20 years in the “Zone Atelier Plaine & Val de Sèvre”, a Long-Term social-Ecological Research area (LTSER). 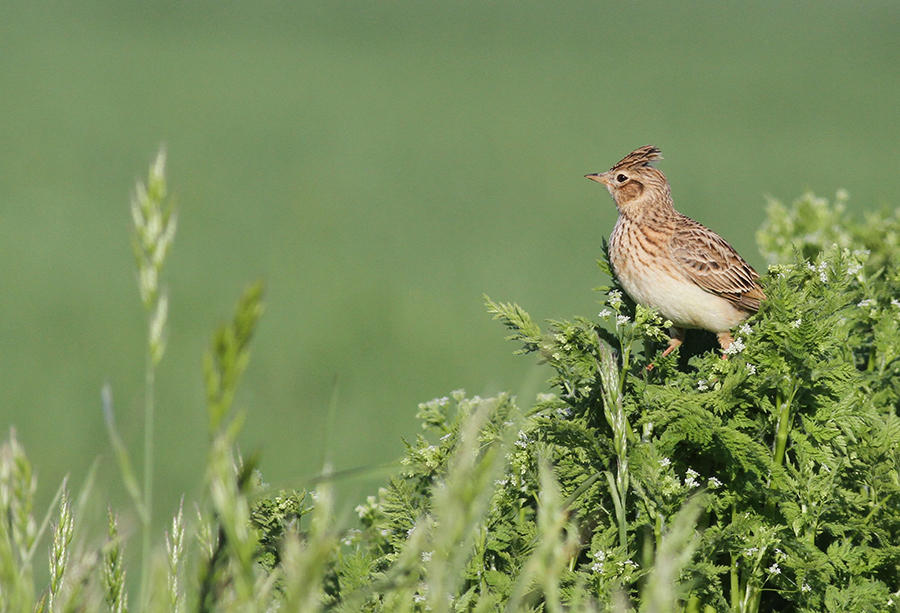 At the same time, in the Deux-Sèvres region, an intensive monitoring program for flora and fauna was set up in 1993 at the “Zone Atelier Plaine & Val de Sèvre”, a Long-Term social-Ecological Research area (LTSER). Here however, all 450 square kilometers of the study area are entirely dedicated to agriculture. “Initially, we studied endangered birds inhabiting the cereal-growing plains such as the little bustard and Montagu’s harrier,” says Bretagnolle. “But beginning in 1995, we gradually began to include all birds in our study since they occupy an intermediate place in the food chain, because almost all of them eat insects, with a few being taken by birds of prey.”

In all, 160 zones each measuring 10 hectares are surveyed annually by expert ornithologists using clearly defined geographical areas and time frames. A hundred or so species have been identified in each area, either visually or by their calls. “In these farmlands, we also monitor plants, mammals and insects, which gives us an overview of all the parts of the ecosystem and how they interact,” adds the researcher.

The latest data from these research programs are truly catastrophic: many bird species are declining in all the habitats monitored, but their numbers are clearly in freefall in agricultural areas. The STOC program also shows a 33% decline in the population of common farmland bird species since 2001. Numbers of meadow pipits, for example, a passerine species that feeds on invertebrates, have fallen by 68% in 17 years, while linnets, which feed on invertebrates during the warm months and on the seeds of various weeds during winter, have fallen by 27% over the same period. Findings for the cereal-growing plains of the Deux-Sèvres region echo these observations. The populations of familiar farmland birds such as skylarks and grey partridge are literally collapsing, with a respective decline of -50% and -90% in their numbers over the last 25 years.

“What is really worrying is that all birds living in farmland areas are declining at the same rate, even the most generalist species and forest dwellers, for which there is clearly no decrease in their preferred habitat,” says Bretagnolle. “This indicates that it is in fact the overall quality of the agricultural ecosystem that is deteriorating.” 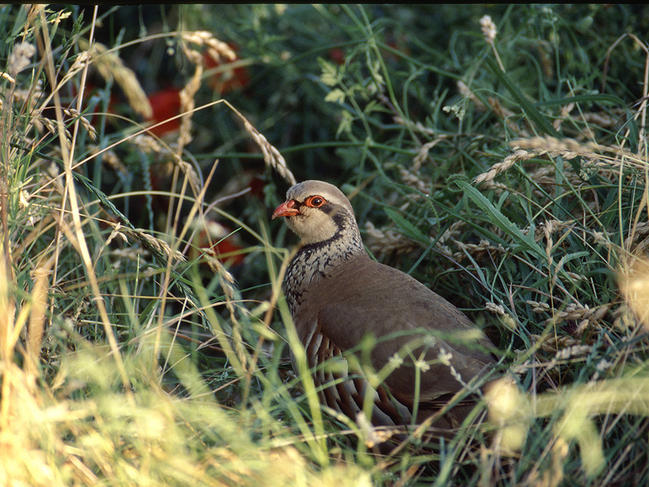 The Red Partridge, a species that has populated agricultural areas, is also on the decline. 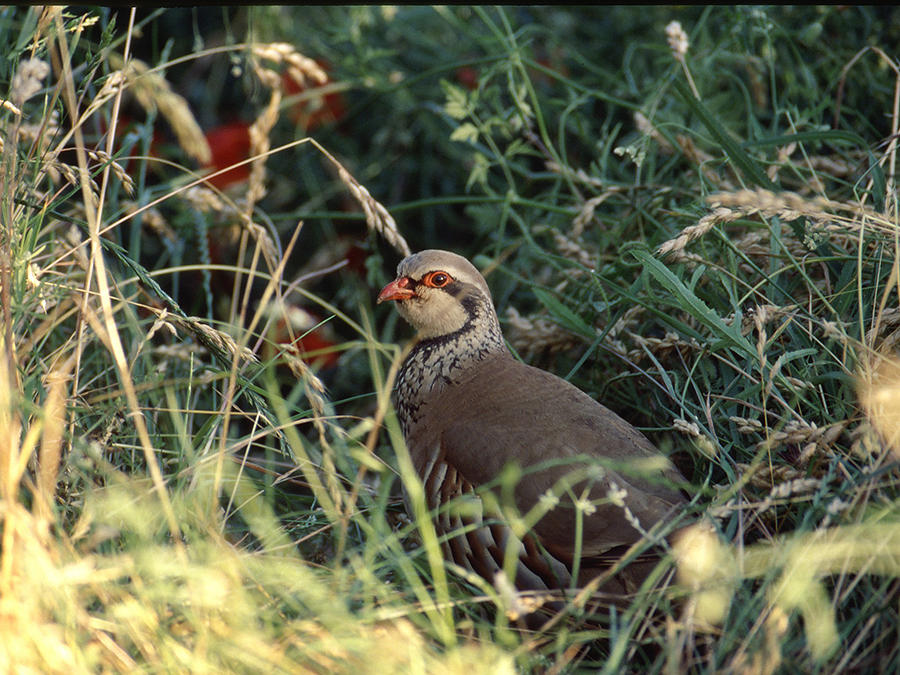 The Red Partridge, a species that has populated agricultural areas, is also on the decline.
F. JIGUET
F. JIGUET
Share
Share

Pesticides in the dock

The reasons for this decline must indeed be sought in the growing intensification of agriculture, with the countryside becoming ever more uniform—cornfields and wheat fields stretch as far as the eye can see—and massively sprayed with pesticides, despite the Écophyto plan intended to cut their use by half in France by 2020. “Areas set aside for monoculture have continued to increase in France, leading to the destruction of habitats favorable to birds and insects. Furthermore, in 2009, the European Common Agricultural Policy put an end to fallow land, thus dealing another critical blow to biodiversity,” explains  Fontaine. “The final source of harm is pesticides.” Whereas in the 1960s, DDT was the chief culprit, today’s preoccupations center chiefly on neonicotinoids, a form of insecticide that contaminates the entire ecosystem, and on glyphosate (Roundup), the most widely used herbicide worldwide. Both substances are contributing to the decimation of plants and insects, and thus the food resources of birds, particularly during spring. “There are practically no insects left, and this is the crux of the matter,” insists Bretagnolle. This finding is true everywhere. Two recent studies have shown that in the last 30 years, Germany and Europe have lost 80% of their flying insect biomass and 421 million birds.5 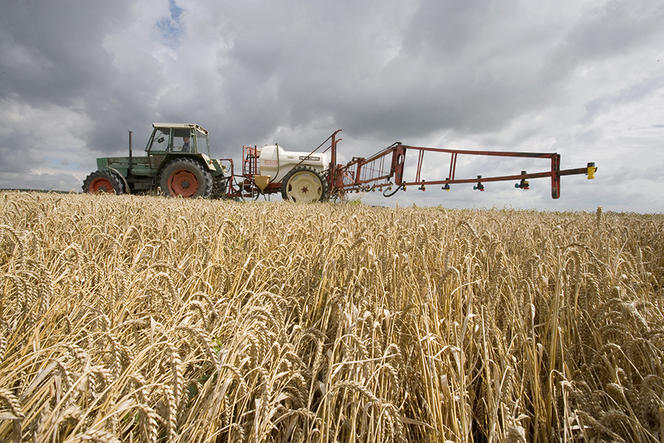 The use of pesticides and herbicides is believed to play a role in the decline of birds. 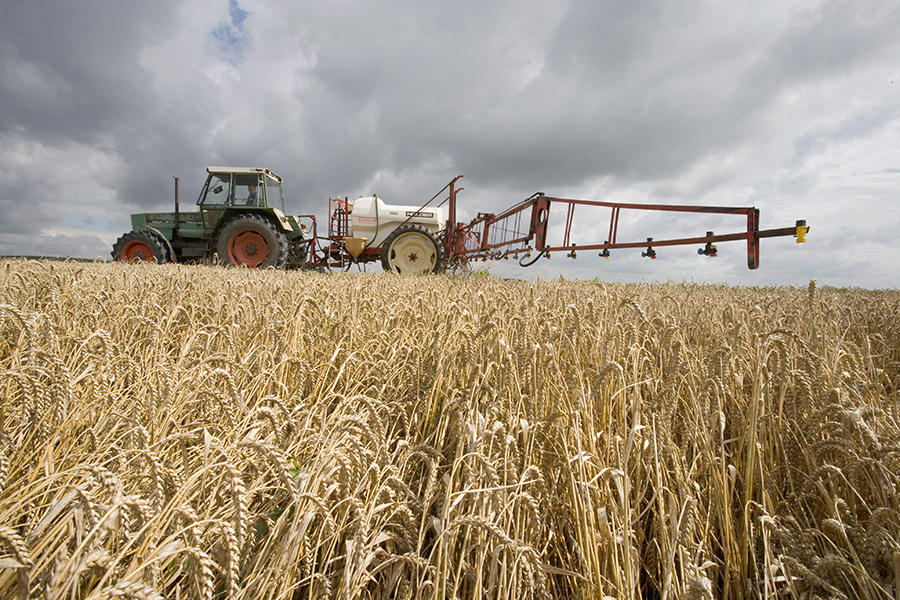 So what can be done? According to Benoît Fontaine, “there will also be calls to limit the use of pesticides based on concerns about human health, but the solution will ultimately come from the agricultural industry itself.” Indeed, at the “Sèvre Plains & Valley” study area, Bretagnolle is working hand in hand with farmers to explore new alternative models based on agroecology and harvesting all of biodiversity’s potential. “Taking advantage of the introduction of France’s Écophyto plan in 2008, we convinced farmers to reduce the chemical substances used by a third or by half in certain areas,” said the researcher. “The outcome is that yields were maintained, thereby improving both farmers income and biodiversity.”

Other studies show that subsidies for grassland and hedges also enhance biodiversity and thus, once again, maintain productivity for the areas in question. Henceforth, farmers must adopt these tools and change their practice on a large scale. “The Silent Spring that Rachel Carson warned of could become a reality unless we act very quickly,” concludes Bretagnolle. “The situation is worrying, since what is required today is not simply a ban on pesticides, but rather a paradigm shift.”

Laurianne Geffroy has been a science journalist and author since 2000. She produces video reports, for Ya+K productions, that air on the websites of Cnes, Inserm and Universcience.tv, and regularly contributes to scientific publications published by French publication house Le Cherche Midi.