Home / Articles / Neanderthal Y chromosome is closer to us than thought

Neanderthal Y chromosome is closer to us than thought

Home / Articles / Neanderthal Y chromosome is closer to us than thought

Neanderthal Y chromosome is closer to us than thought

Hominid skulls from Sima de los Huesos (Spain), where thousands of bones and bone fragments have been unearthed since the site was discovered in 1984.
Science Photo Library / Trueba, Javier / MSF Partager
Share
Share
DNA analysis has revealed that, between 150,000 and 350,000 years ago, the Y chromosome of the Neanderthals was totally replaced by that of a population from which Homo sapiens is descended.

The evolutionary history of the human lineage is a huge puzzle with many missing pieces. However, the picture is gradually becoming clearer, as new fossils are unearthed and their genes analysed. Sequencing this ancient DNA has, for instance, shown that around 2% of the sequences in the genome of today’s Eurasian populations come from Neanderthals. This legacy shows that hybridisation between these hominids and modern humans (Homo sapiens) was under way some 50,000 years ago, when the two species lived side by side in Europe. Ancient DNA also helped scientists clarify the relationship between today’s humans, Neanderthals and Denisovans. "Separation took place about 700,000 years ago, with, on the one hand, the lineage that gave rise to Homo sapiens and, on the other, a sister group comprising the Denisovans in Asia and the Neanderthals in Europe," says Isabelle Crevecœur, a palaeoanthropologist from the University of Bordeaux’s PACEA1 laboratory.

However, most DNA analyses provided only partial information about this evolutionary history because they did not include the Y chromosome, which is passed exclusively from father to son. This is due to the nature of the fossil record. Most of the remains of Neanderthals and Denisovans discovered throughout the world belong to women, while the few male specimens available do not contain enough DNA for a reliable analysis of that chromosome. The only such study was carried out in 2016, on a short gene sequence retrieved from a Neanderthal specimen found in the El Sidrón cave in Spain. 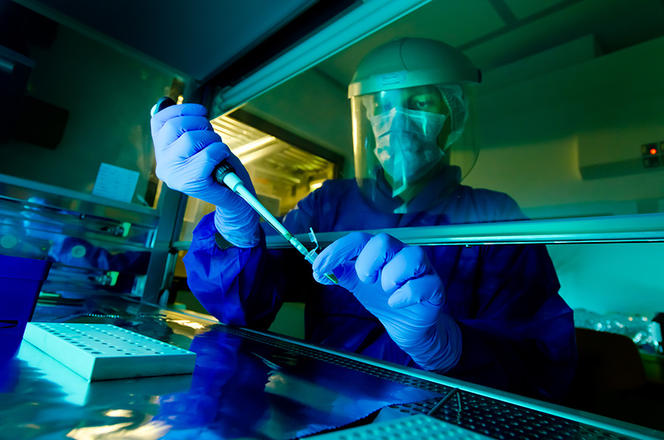 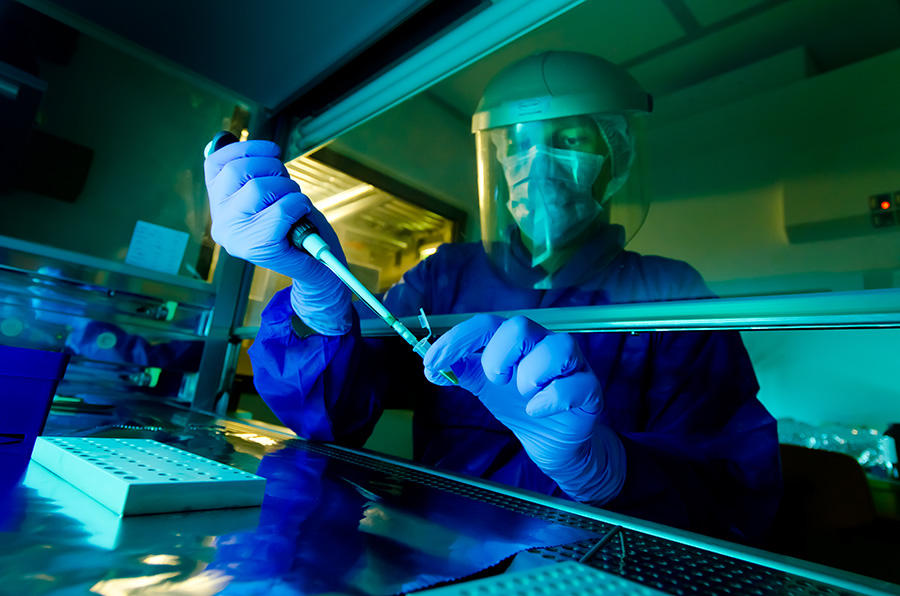 Yet what seemed to be out of reach then has today become possible. An international team, including researchers from the Max Planck Institute for Evolutionary Anthropology in Leipzig (Germany) and the PACEA laboratory, have now developed a new technique to enrich and amplify genetic material from the Y chromosome (see box). This has enabled them to analyse samples that were previously unusable, and reconstruct the history of paternal lineages. Using this method, palaeogeneticists successfully sequenced the Y chromosome of two Denisovans from the Denisova cave (Siberia), and of three Neanderthals from the caves of El Sidrón, Spy (Belgium) and Mezmaiskaya (Russia). They found that the Neanderthals’ Y chromosome was actually much closer genetically to modern humans than that of the Denisovans.2

“This result confirms an analysis of the mitochondrial DNA of Denisovans and Neanderthals published in 2018,” says Crevecœur, co-author of the new paper, and joint discoverer of the Neanderthal specimen from the Spy cave used in the study. While the Y chromosome helps reconstruct the history of the male line, mitochondrial DNA (located outside the cell nucleus, in the mitochondria) is passed down only by the mother, thus making it possible to trace the evolutionary history of maternal lines. In this way, the researchers successfully demonstrated that the mitochondrial DNA of Neanderthals was closer to that of Homo sapiens than to the Denisovans’. At the time, this counterintuitive result came as a surprise to the scientific community, given that Neanderthals and Denisovans are genetically closer in terms of their nuclear DNA. 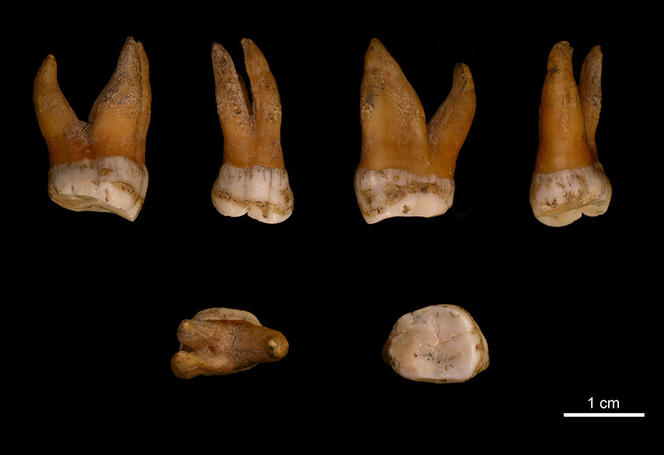 Upper third molar tooth from the maxilla of the Neanderthal male adult discovered in Spy (Belgium). These remains are kept at the Institut royal des Sciences naturelles de Belgique, in Brussels. 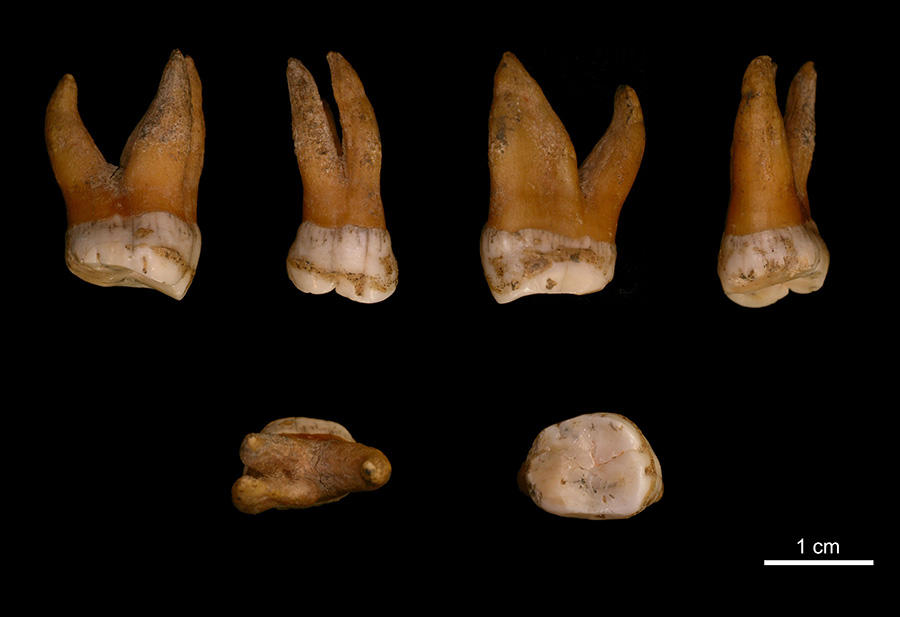 Upper third molar tooth from the maxilla of the Neanderthal male adult discovered in Spy (Belgium). These remains are kept at the Institut royal des Sciences naturelles de Belgique, in Brussels.
I. CREVECOEUR
I. CREVECOEUR
Share
Share


A mysterious common male ancestor for Homo sapiens and the Neanderthals

How can that be? When palaeogeneticists analysed the oldest known Neanderthal fossil, discovered in the Sima de los Huesos cave in Spain and estimated to be around 400,000 years old, they discovered that its mitochondrial DNA more closely resembled that of the Denisovans. “This suggests that the mitochondrial DNA of the Neanderthals was totally replaced following late hybridisation with populations from which modern humans are descended,” Crevecœur believes. According to estimates by palaeogeneticists, the same may apply to the Y chromosome, thought to have been completely substituted in Neanderthal populations between 150,000 and 350,000 years ago. Given the low genetic variability and small size of Neanderthal groups at the time (only a few dozen individuals), this incorporation of a modern Y chromosome into their gene pool – what geneticists call “introgression” – played a positive role for their survival by increasing genetic variability, according to researchers.

As to which species provided the “new” Y chromosome, palaeoanthropologists remain very cautious and prefer to think in terms of “population” rather than “species”.  “350,000 years ago, there were no modern humans in Europe or Africa,” Crevecoeur points out. “The genetic proximity between the Y chromosome of Neanderthals and that of modern humans therefore means that it must have come from communities belonging to the lineage that gave rise to Homo sapiens.” The scientist believes there are two possible scenarios. Either a population from which modern humans are descended moved out of Africa and remained in Europe, where it mingled with the Neanderthals, or else such a group already existed on both continents at the time when this mixing took place. However, in the current state of knowledge, there is no way of settling the matter. In the meantime, the next piece of the puzzle to fall into place may well emerge from Sima de los Huesos and from the analysis of the Y chromosome of its ancient occupant, whose estimated age is 400,000 years (i.e. prior to the above-mentioned chromosome replacement, thought to have occurred between 150,000 and 350,000 years ago). “Just as for mitochondrial DNA, we expect that this Y chromosome will be genetically closer to that of the Denisovans,” Crevecœur concludes.

0
The Blob: a cell that learnsPrevious
“Innovation is what will get us out of this crisis”Next

Article
Pasteur beyond the legend
paleogenetics

Article
The Papuans, the Living Record of our Origins