Jean-Pierre Sauvage.
Catherine Schroder/Unistra
Share
Share
The French chemist Jean-Pierre Sauvage was awarded the Nobel Prize alongside J. Fraser Stoddart, from the UK and Bernard L. Feringa, from the Netherlands, for their work on molecular machines.

Three specialists in molecular machines have just been awarded the 2016 Nobel Prize in Chemistry by the Royal Swedish Academy of Sciences: Jean-Pierre Sauvage, James Fraser Stoddart and Bernard Feringa. These scientists "have developed the smallest machines in the world, (…), molecules with controllable movements that are able to perform a task when energy is added," explains the Academy’s official press release published at the announcement of the Nobel Prize winners. “The Academy has got it right and is rewarding three major pioneers in this emerging area of research,” insists chemist Gwénaël Rapenne, professor at the Paul Sabatier University in Toulouse, who completed his doctorate under the direction of Jean-Pierre Sauvage. “This prize will prompt a well-deserved renewal of interest in this especially promising area.”

French chemist Jean-Pierre Sauvage, born in 1944, conducted his research at the CNRS between 1971 and 2014 and is currently professor emeritus at the University of Strasbourg. He completed his PhD at the University of Strasbourg under the direction of Jean-Marie Lehn (later rewarded the Nobel Prize in Chemistry in 1987). Following post-doctoral research at Oxford University (UK), he returned to France and joined the CNRS in 1971, before becoming a senior researcher in 1979. He was awarded the CNRS silver medal in 1988 and he works at the Institut de science et d'ingénierie supramoléculaire.1

Although American physicist Richard Feynman had predicted the advent of nanomachines in the 1950s, the Swedish Academy points out that it was in fact Jean-Pierre Sauvage who took the first significant steps towards a molecular machine when, in 1983, he invented a chemical technique to connect two ring-shaped molecules together to form a chain known as a catenane. Molecules are normally joined by strong covalent bonds in which atoms share electrons. In this case, however, the bonds between the rings were of a purely mechanical nature, with interlocking between the two. Similarly, in order to be able to function, a machine must contain different parts able to move in relation to one another, like the two rings already obtained by the French chemist and which thus heralded the developments to come.

In particular, the reaction that he developed was 10 times more effective than any previous attempts, thus lifting molecular chains out of the realm of simple scientific curiosity The fact that they could now be reliably created naturally led Sauvage to design and develop nanomachines. “Although Jean-Pierre Sauvage and Fraser Stoddart, who worked together on numerous occasions, have distinguished themselves by developing unprecedented chemical synthesis procedures, they have been awarded the Nobel Prize for the development of veritable molecular machines!” says Gwénaël Rapenne, member of the NanoSciences group at the CEMES2 laboratory in Toulouse.

While molecular cars (see our video on the subject) are the most well-known molecular machines today, they are not the only ones. “This Nobel Prize will speed up progress in a discipline that is still very much part of pure research, not only by inciting young researchers to join the field, but also by attracting the attention of manufacturers,” hopes Rapenne. “The initial applications should emerge in the next 10 to 15 years, for instance in the robotics sector with the development of molecular machines capable of working in tandem with artificial muscles.”

In 2013, CNRS International magazine dedicated its focus to the field of bio-inspiration, in which one article focused on the research of Jean-Pierre Sauvage. It is reproduced below:

Motors with muscle
What if muscle tissue could be mimicked in the finest detail? This is one of the challenges taken on a few years ago by researchers from Strasbourg’s chemistry institute,3 who have been working on the development of devices called molecular machines. “In 2000, we synthesized a machine that imitates the way actin filaments slide past myosin4 filaments in muscles,” explains researcher Jean-Pierre Sauvage, a pioneer in this field. “The resulting system contracts or extends in response to chemical reactions.” 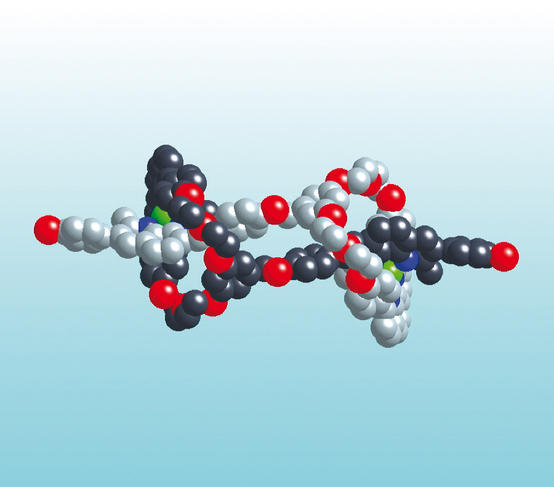 Structure of molecular muscle based on x-ray imaging. 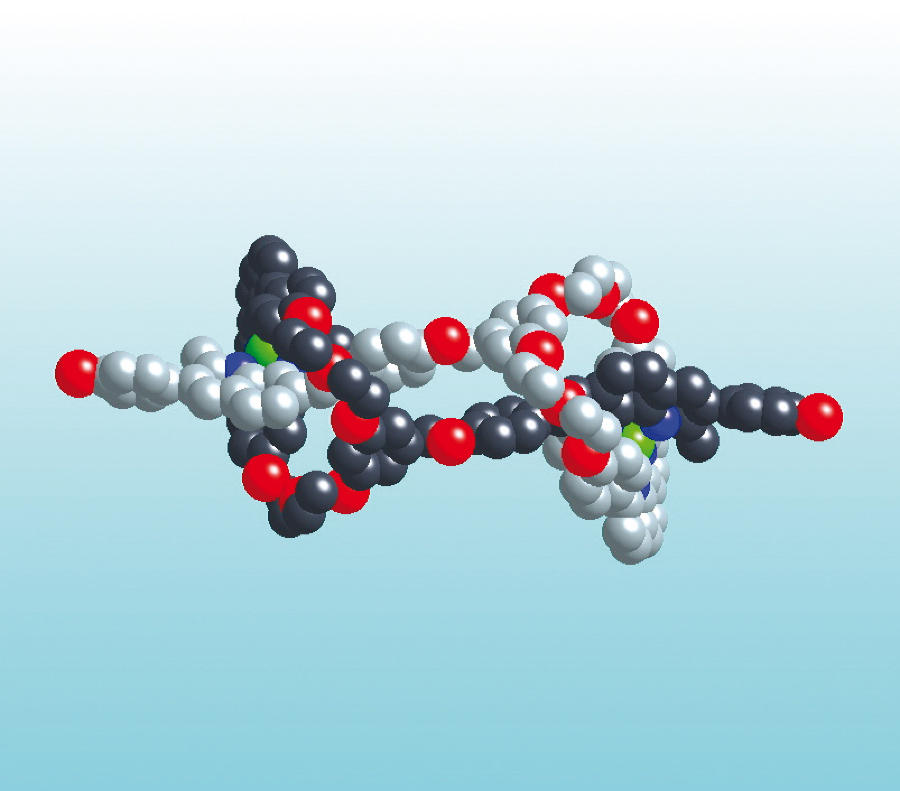 Today, the laboratory is pursuing this avenue by developing a technique for assembling a polymer based on an optimized initial molecular motor. “Such systems could eventually be used to develop electro-, photo-, or chemo-mechanical devices,” he adds. “For the moment though, we are just trying to reproduce muscle function—it would be premature to talk about ‘bionics’ this early in the process.” Machines and motors of another type are also on the drawing board, based on “mimicking chaperone proteins, whose cavities accommodate enzymes that have undergone deformation and are no longer active," Sauvage explains. "The chaperone protein ‘massages’ the enzyme back to its original form. Taking this mechanism as a model, we have created a molecular compressor that can capture a molecule and modify its shape.”

Jean-Pierre Sauvage, Fraser Stoddart and Bernard Feringa will receive their Nobel Prize during a ceremony in Stockholm in September.