Three scientific papers have been published simultaneously in the journal Science, based on data from the Mars InSight1 probe. You are a geophysicist at the IPGP,2 a Professor at the University of Paris, and Principal Investigator for the SEIS seismometer. Can you tell us about the mission's goals?
Philippe Lognonné: We wish to determine both the internal structure of Mars and its thermal evolution. To do this, several scientific instruments were embarked on InSight, a mission led by NASA's Jet Propulsion Laboratory. The SEIS seismometer, under the supervision of the French space agency CNES, is responsible for detecting the waves produced by Martian earthquakes, and then determining their location and the propagation velocity of the seismic waves. The RISE device monitors the nutation of the planet, in other words, the way in which its rotation axis oscillates. And one more experiment, called HP3, estimates the amount of heat escaping from Mars.

SEIS is working very well and has detected more than six hundred seismic events, including around sixty at a considerable distance from the landing site, many of them located east of the Elysium Planitia volcanic plain. We had already published a series of papers in Nature Geoscience in 2020, followed by another thirty or so in specialist journals. At that time, SEIS enabled us to improve our understanding of the planet's surface crust, by revealing the existence of a discontinuity between a highly porous altered layer and a much sounder one, at a depth of around 10 km. Today, three new papers have been published, involving the entire scientific team of the mission, one third of whom are French researchers. These papers deal respectively with the crust, mantle and core of Mars, enabling us to establish the very first complete model of the internal structure of the Red Planet, which was one of the main objectives of the mission! 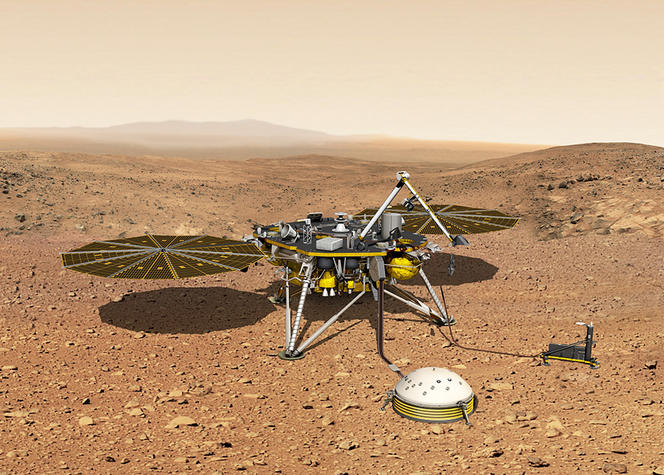 Illustration of the InSight lander. 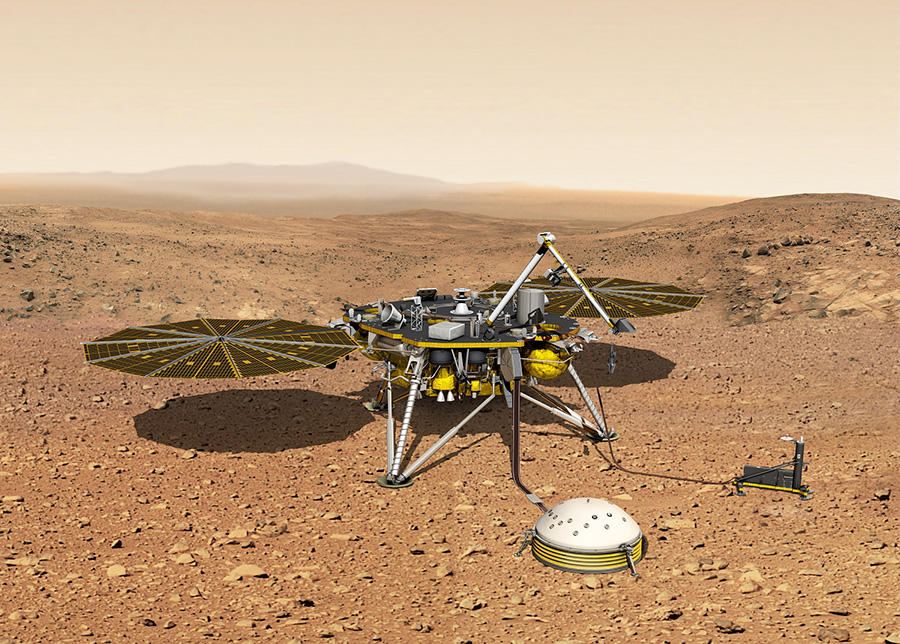 What are the latest results concerning the Martian crust?
P. L.: Our work is mainly based on the analysis of recordings of earthquakes, principally made up in this case of compressional waves, called P-waves, and shear waves, known as S-waves. They can convert from one type to another and be reflected when they cross subsurface discontinuities: they are then called secondary waves. It is important to distinguish between all these different types of wave in order to measure differences in travel time after they convert, a parameter that subsequently helps us estimate the depth of the interface causing the conversion. The co-authors processed the seismic waves using seven different methods, then compared these results to fine-tune their models. The team also used the effect of the atmosphere, whose pressure has enough impact on the surface of Mars to cause seismic noise that travels down through the crust and then up again after being reflected. Analysing this noise also makes it possible to measure the return travel time, although this only works for shallow interfaces, and is therefore not suitable for studying the core or mantle. 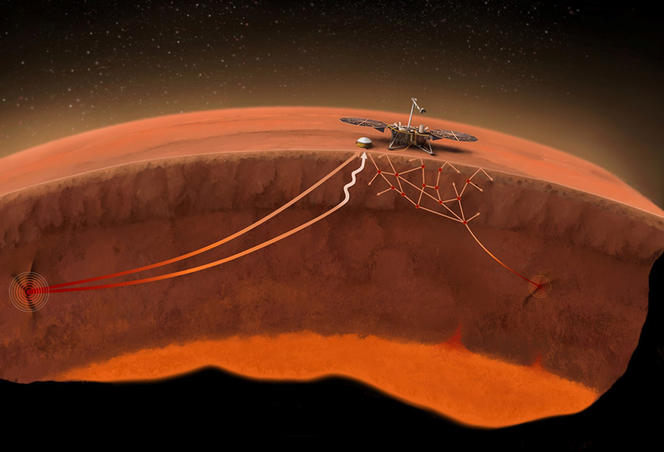 Schematic view of the propagation of seismic waves in the crust and seismic conversions at the base of the discontinuity, at a depth of 10 km. 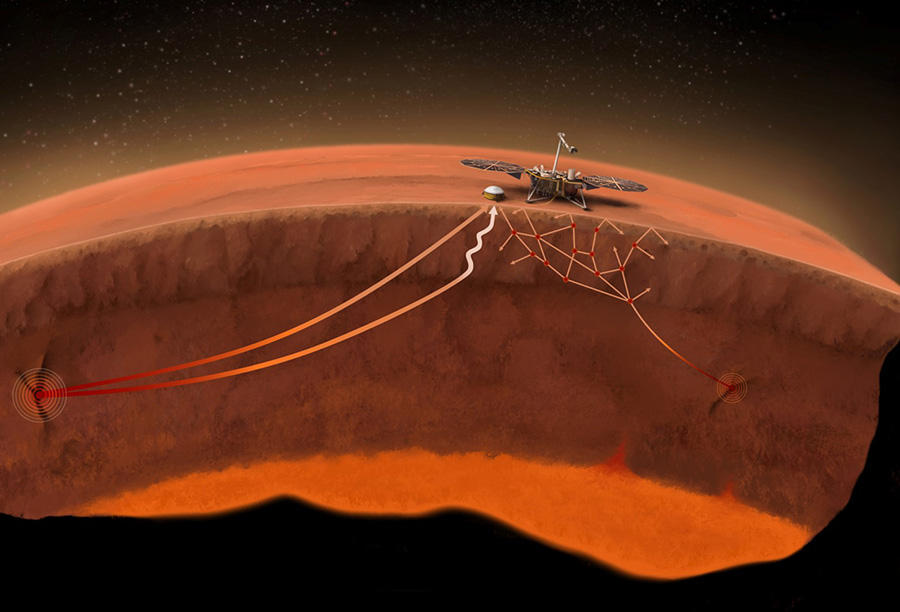 Schematic view of the propagation of seismic waves in the crust and seismic conversions at the base of the discontinuity, at a depth of 10 km.
IPGP
IPGP
Share
Share

In this way we were able to confirm the existence of a discontinuity at a depth of 10 km, and also identified other deeper interfaces: a second discontinuity 25 km down and another weaker one at 35 km. Either of these could be the one found between the crust and the mantle. Although we would have preferred to have just one answer, this already allows us to rule out a number of theoretical models.

What about the Martian mantle?
P. L.: Here we focused on multiple waves generated by the bouncing, sometimes repeated, of P- and S-waves off the surface of Mars. Travelling at different depths, their seismic velocities vary according to two parameters, pressure and temperature. By making assumptions about the mineralogy of the mantle, which is already well known from Martian meteorites found on Earth, these seismic signals can then be used as a thermometer of the Martian mantle. This enables us to determine the temperature gradient as a function of depth, and thus measure the heat flow in the mantle. This data is of crucial importance, since the original idea was to investigate this question using the German HP3 experiment, which in the end failed to work. The heat flow is estimated to be three to five times lower than on Earth, which could explain why Mars is still relatively hot and may have experienced volcanic activity fairly recently, at some point in the past ten million years.

What have we learned about the core of Mars?
P. L.: The third paper in the series looked at seismic waves bouncing, not off the surface of Mars, but off its core. This confirmed that the latter was liquid and, more importantly, made it possible to measure its radius. This turns out to be 1 830 km, matching the highest estimates and showing that the core is relatively large. As the mass and moment of inertia of Mars are already known, the fact that it has such a large core means that it is not as dense as expected. This therefore implies that light elements with a density ranging from 5.7 to 6.3 g / cm3 are particularly abundant there. Its size almost completely rules out the presence of a layer of perovskites (minerals rich in calcium and titanium) at the base of the mantle, whereas many theoretical models of the thermal evolution of Mars had assumed this was the case. These three papers refine our models of the internal structure of the Red Planet and will give us a better insight into its formation and evolution. 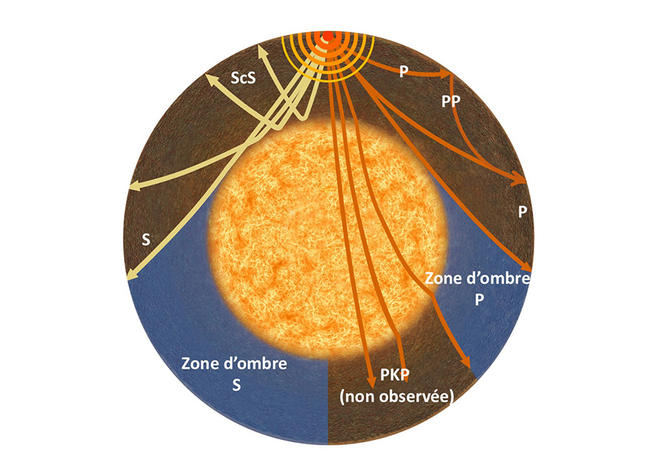 Diagram showing the propagation of P- and S- seismic waves inside Mars. 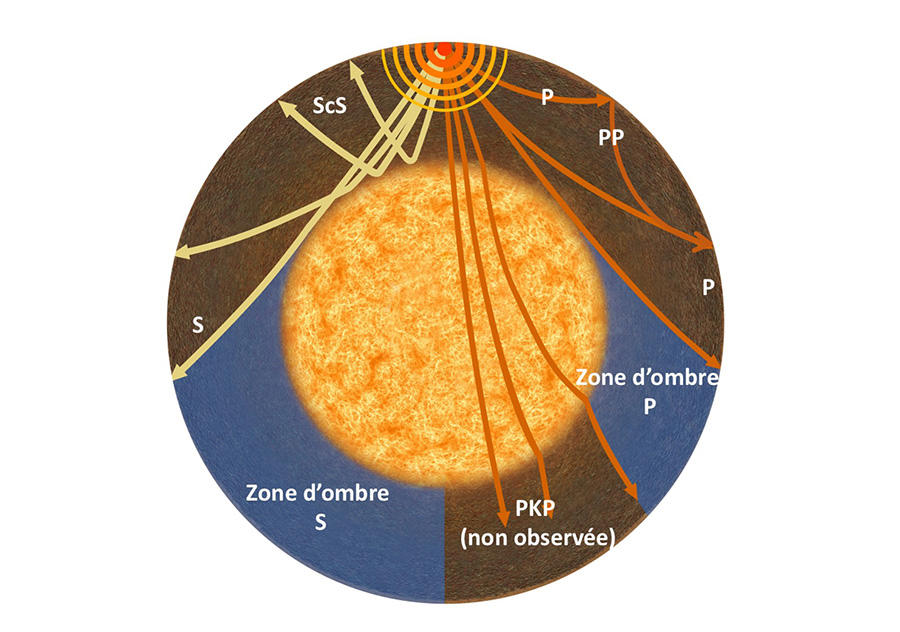 It is also worth pointing out that the large size of the core has a concrete impact on our work. Since it controls the propagation of seismic waves, it generates shadow zones that prevent InSight from receiving seismic data from some regions of Mars. For example, we haven't been able to find out anything about the activity of Tharsis. This high-altitude volcanic plateau, which appears to be more active than the Elysium Planitia plain, is too inaccessible for a lander, and lies in the seismic shadow zone of the core. After 940 Martian days, we still haven't observed an earthquake greater than 3.7 on the Richter scale, although we were hoping to study one with a magnitude of 4.5 or even 5. The stronger the quake, the more information you get from it, so we had to review our methods of analysing and interpreting the data, and adapt them to these weaker-than-expected tremors. 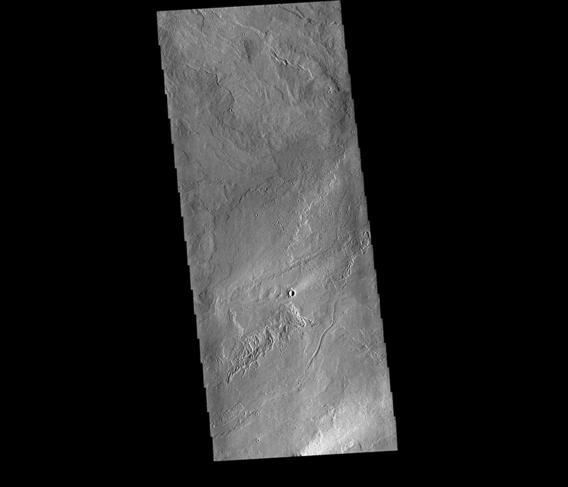 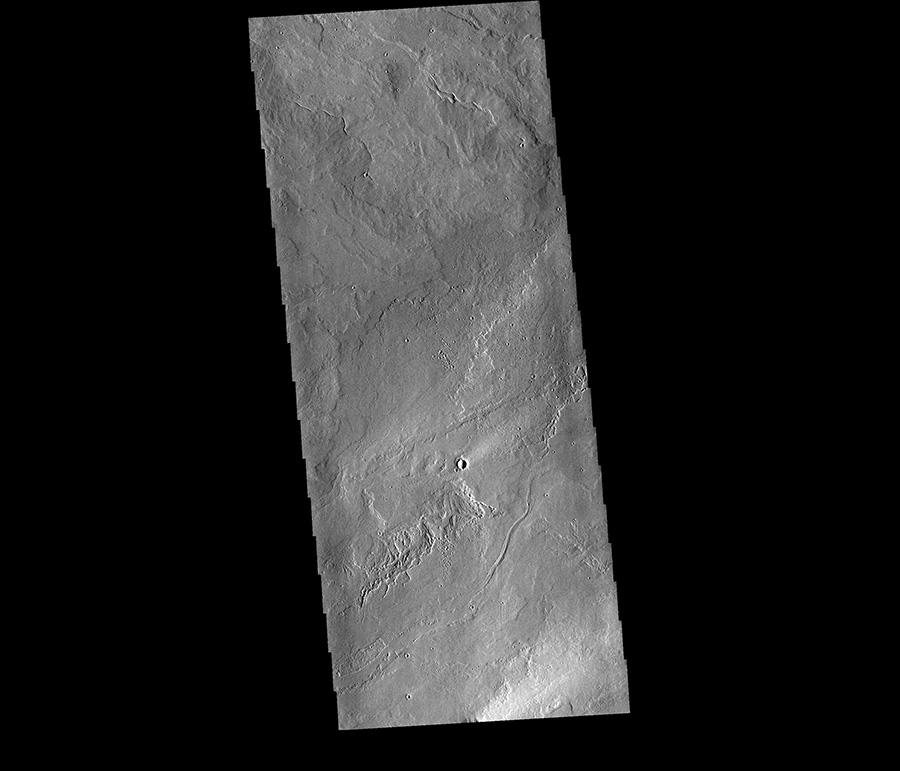 What's the next step for the InSight mission?
P. L.: Due to the lack of powerful earthquakes, our data often has a low signal-to-noise ratio, which we will try to improve by modelling the noise. On Mars, there is a slow build-up of dust on the lander's solar panels, which therefore reduces their expected energy output. However, we hope to continue collecting data for at least a year, or for even longer if we can again successfully clean our solar panels, as we did recently. Our goal is to detect larger quakes, where possible from several different places, in order to obtain new information. In any case, our three papers illustrate the excellence of the teamwork carried out within the scientific community, whether in France, Europe, or worldwide. With the successful achievement of our objectives, we hope that InSight will be a source of inspiration for future NASA and ESA landers, and that carrying a seismometer will become the rule rather than the exception.

For instance, NASA has selected the Farside Seismic Suite experiment, which will use a French Very Broad Band sensor from one of the spare units of SEIS. The far side of the Moon and the Schrödinger impact basin will be its destination in 2024. Other lunar stations are planned or expected as part of US, European and Chinese missions. In the longer term, the experience gained during InSight will help prepare expeditions to Titan and Europa, moons of Saturn and Jupiter respectively. A new seismic network on the Moon will be up and running within ten years, and a few decades from now, I am hopeful that it will extend to other planets and moons in the Solar System.