A century after BCG, a global forum tackles tuberculosis

A century after BCG, a global forum tackles tuberculosis

A Doctors Without Borders nurse vaccinates a baby against tuberculosis in a Madagascan village.
Rijasolo / AFP
Share
Share
A century after the first inoculation with BCG, tuberculosis continues to exert its devastating effects; the vaccine offers poor protection for adults and the bacilli are displaying increasing resistance to antibiotic therapy. From 22 to 25 February 2022, the 6th Global Forum on TB Vaccines brought together scientists and decision-makers for an update on these issues.

With more than 10 million cases and 1.5 million victims each year, tuberculosis remains the most fatal infectious disease at a global scale, except in 2020 and 2021 when it was overtaken by Covid-19. While it is particularly widespread in developing countries and is a major cause of deaths among AIDS patients, it is also present in wealthier countries where it affects vulnerable populations such as the homeless and migrants. 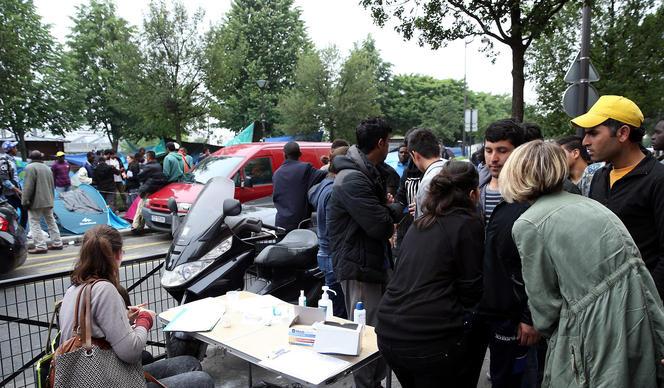 Tuberculosis is a disease of poverty. In Paris, refugees undergo tests after tuberculosis was diagnosed in three of their group (June 2016). 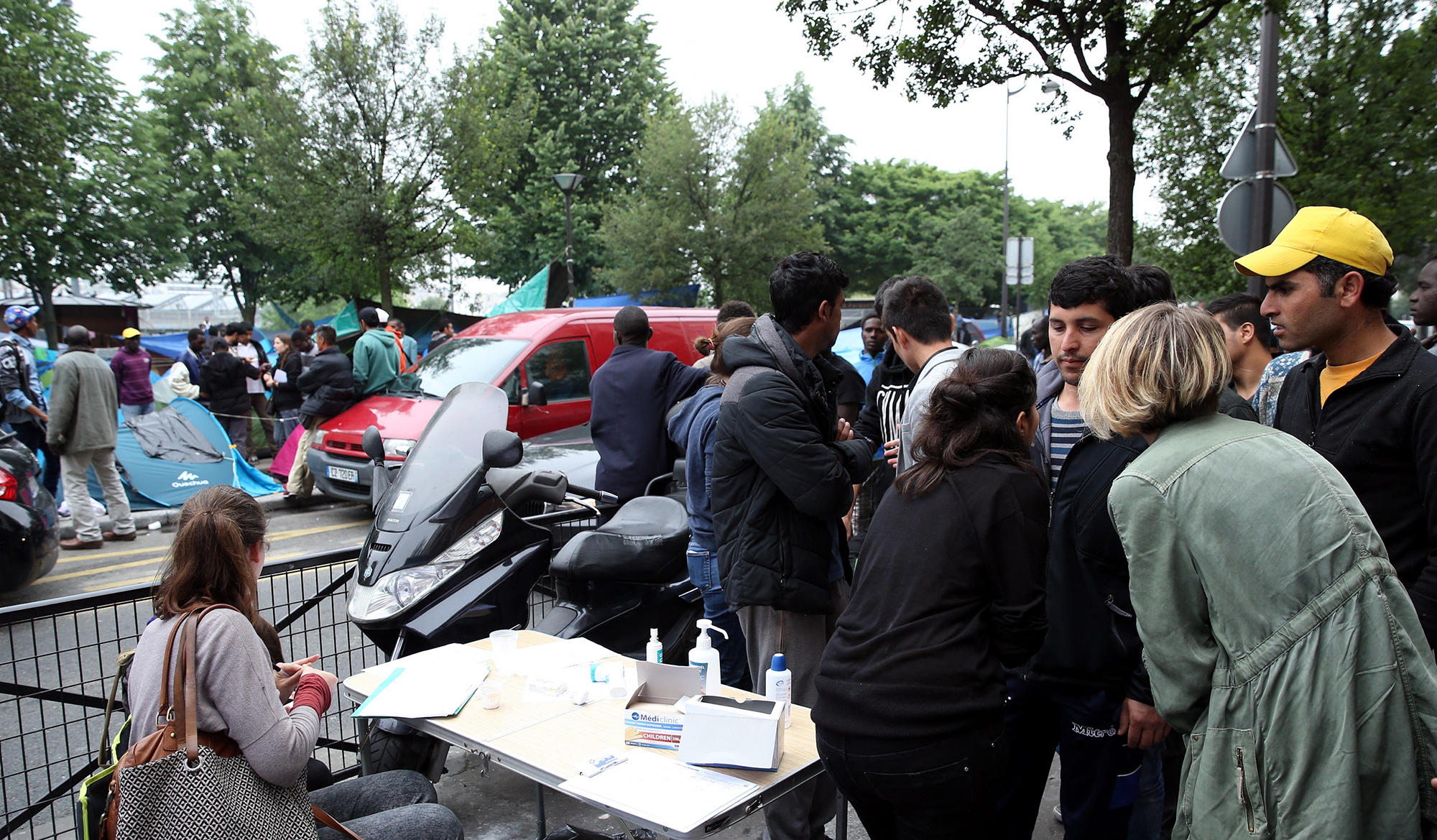 Although last year celebrated the centenary of the first injection with the vaccine developed by Albert Calmette and Camille Guérin (BCG), research on tuberculosis immunisation remains an issue since BCG (which was mandatory for children in France until 2007) remains the only vaccine available, even though its efficacy is extremely patchy in adults.

“Children mainly develop meningeal or disseminated forms of tuberculosis; these are serious but not transmissible, and BCG offers effective protection,” explains Olivier Neyrolles, director of the Institute of Pharmacology and Structural Biology (IPBS)1 and CNRS Silver Medal winner in 2021. “However, over time, we have come to realise that it is much less effective against pulmonary tuberculosis, a transmissible disease that mainly affects adults. For this reason, researchers are seeking new options in the form of original injections or BCG boosters.”

The challenge of antibiotic resistance

Vaccines are essential, because a successful cure for tuberculosis can take months. Furthermore, jabs lose their efficacy when faced with strains of Mycobacterium tuberculosis, also called Koch’s bacillus, which are increasingly resistant to antibiotics. Treatment to eradicate some of them can last up to two years , while all known therapeutic solutions can be unsuccessful in others. In addition, contracting TB does not appear to provide protection against future infections.

To enhance research efforts to fight this condition, a Global Forum on TB Vaccines has been organised on a regular basis since 2001, when the first edition took place at the WHO headquarters in Geneva (Switzerland). The meetings then moved to Tallinn (Estonia) in 2010, Cape Town (South Africa) in 2013, Shanghai (China) in 2015 and New Delhi (India) in 2018. Toulouse, in southwestern France, was chosen to host the Sixth Forum in 2021; this was initially replaced by a pared-down, virtual conference because of Covid-19, before being rescheduled in 2022 as an event to be held remotely from 22 to 25 February.

“Since BCG, and through the work of the Pasteur Institutes in Paris and Lille and the IPBS, France has played a leading role in research on tuberculosis,” points out Isabelle Saves, international cooperation manager at the IPBS, laureate of the CNRS Crystal Medal in 2020, and coordinator with Neyrolles of the Toulouse Forum. As proof of this leadership, all actors in French medical research have mobilised for the event, including the CNRS, INSERM and Institut Pasteur, while the Forum is also receiving support from major regional and national institutions. 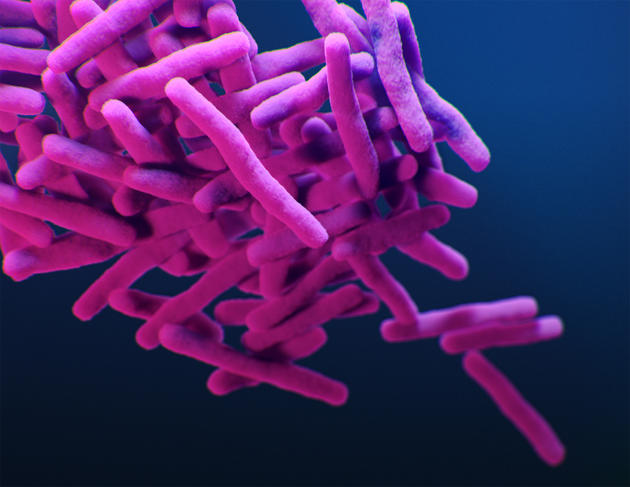 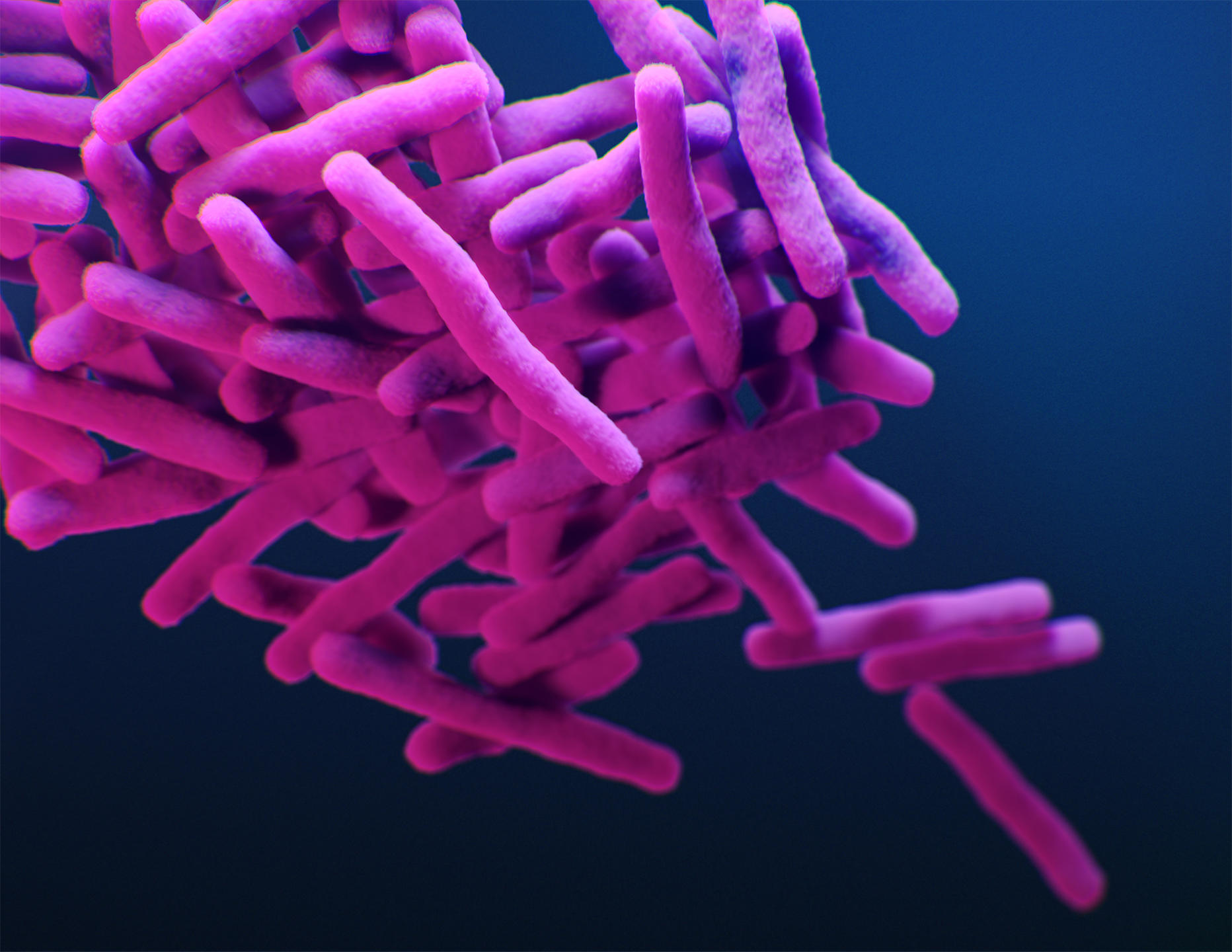 Despite the virtual format imposed by the current health crisis, the programme has changed little from what had been planned for the in-person event. Around four hundred participants are expected, and the resolutely international list of speakers includes the director general of the WHO, Tedros Adhanom Ghebreyesus, and Anthony Fauci, director of the US Institute of Allergy and Infectious Diseases and chief medical advisor to the last two US presidents.

Prolonging the effects of the vaccine in adults

“The forum will enable an update with all global actors working in research on TB vaccines, including from those countries most affected by the disease,” emphasises Neyrolles. “Researchers, clinicians, politicians, funders, NGOs, patient associations, etc. will be able to exchange views on the most recent advances, especially regarding the new vaccines currently undergoing phase 2 and 3 clinical trials.”

To obtain a vaccine ready to launch, scientists have more resources now than they did in the 1920s when BCG was first made available.  For example, the exponential development of modern genetics is helping them to modify the bacteria to render them inoffensive; this is something that Calmette and Guérin had to do empirically through the in vitro cultivation of strains of the Koch bacillus until these lost all their virulence and could be inoculated without triggering the disease. 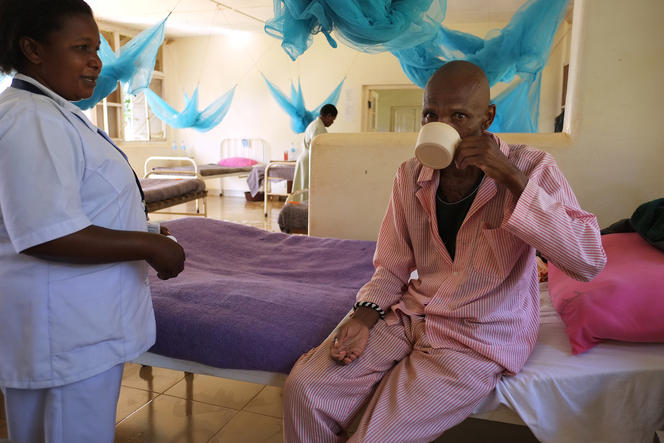 While awaiting a vaccine effective in adults… A tuberculous patient participates in trials on a shorter treatment for tuberculosis in Tanzania. 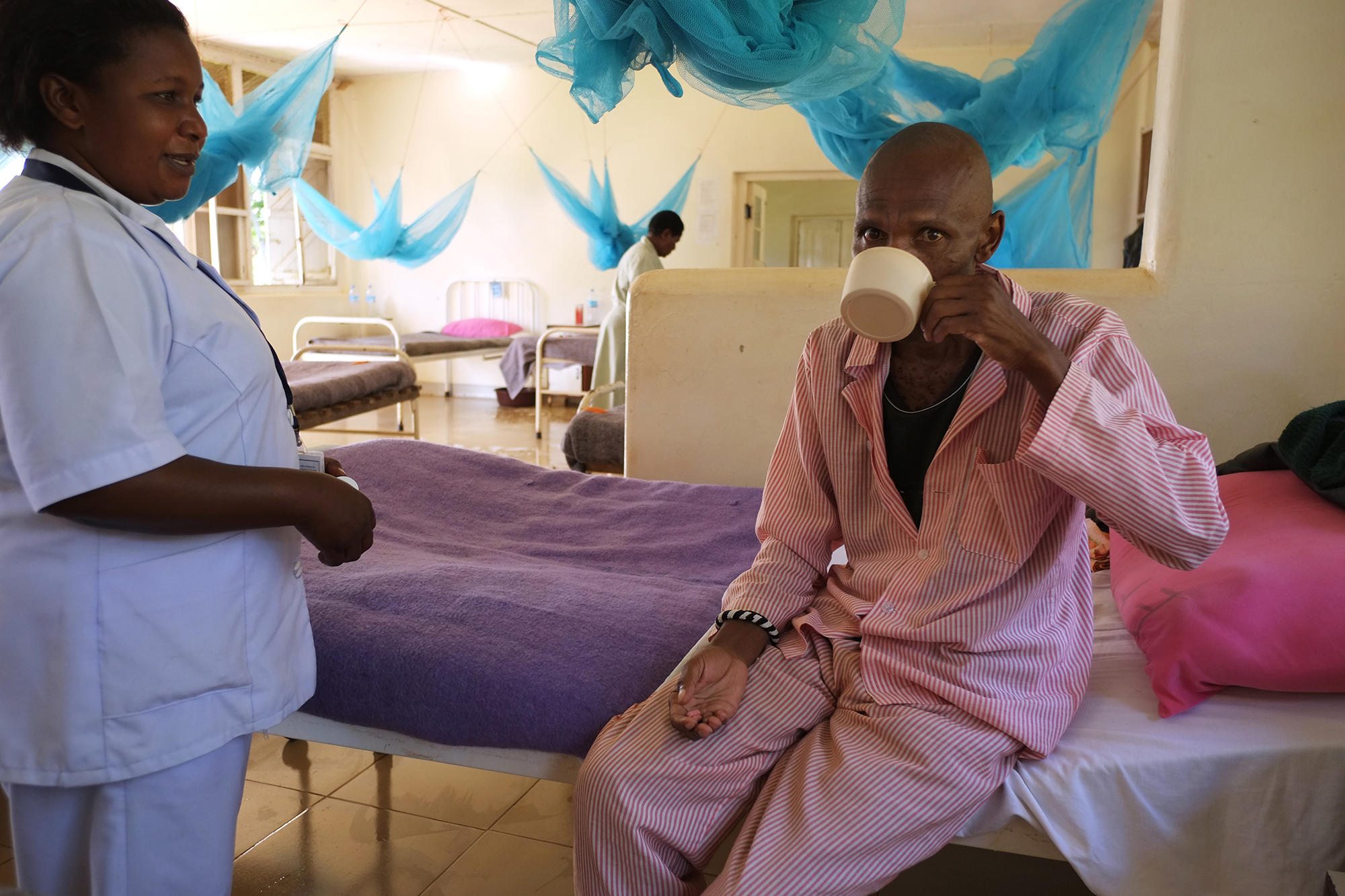 The first strategy adopted by scientists is to continue initial BCG vaccinations in young children and then administer an injection that could serve as a booster in order to prolong the protective effect of BCG during adulthood. Some experiments are using viral vectors that enable the expression of genes in the pathogenic bacterium and the production of proteins without any risk of replication or infection of cells. Recombinant proteins (antigens) supplemented with adjuvants to reinforce the immunity provided by BCG are also under study. This option is notably being trialled in South Africa, with promising results, according to Neyrolles. Some teams, in particular at the IPBS, are also looking at the lipids produced by the tubercular bacillus, and encouraging findings have been obtained in animal models.

The other strategy consists in doing away with BCG altogether and replacing it with a more effective vaccine. “Once again, there are candidates at advanced stages of study,” Neyrolles adds. “At the European level, one of these has been designed by Institut Pasteur using an attenuated strain of the Koch bacillus. It has since been developed by a Spanish company and phase 2 clinical trials in humans are scheduled to start shortly.”

Immunity at the heart of research

Brought into the limelight by the fight against Covid-19, RNA vaccines are also the subject of increasing interest. However, it is early days still, and it would be premature to draw any conclusions. Strategies that have proved effective against Covid or tuberculosis can inspire new approaches, no matter that the former is caused by a virus and the latter by a bacterium. Yet with all these options, why has BCG still not been replaced after a century of research?
“The problem lies in the weak efficacy of antibodies against the tuberculosis bacillus,” explains Neyrolles. “In this case, humoral immunity, due to antibodies that attack pathogenic agents, is much less important than the cellular immunity linked to T-lymphocytes that destroy infected cells and the bacilli. Which is precisely why contamination does not protect against future exposure to tuberculosis. Sadly, the principles of cellular immunity are still poorly understood; for example, we are still not sure which type of T-lymphocyte acts best against TB.” 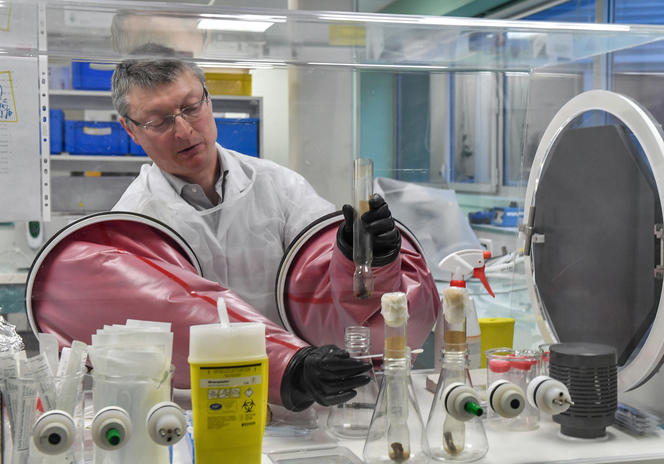 At Institut Pasteur in Lille (northern France), a scientist holds the test tube containing the original strain of the bacillus used by Albert Calmette and Camille Guérin to develop BCG. 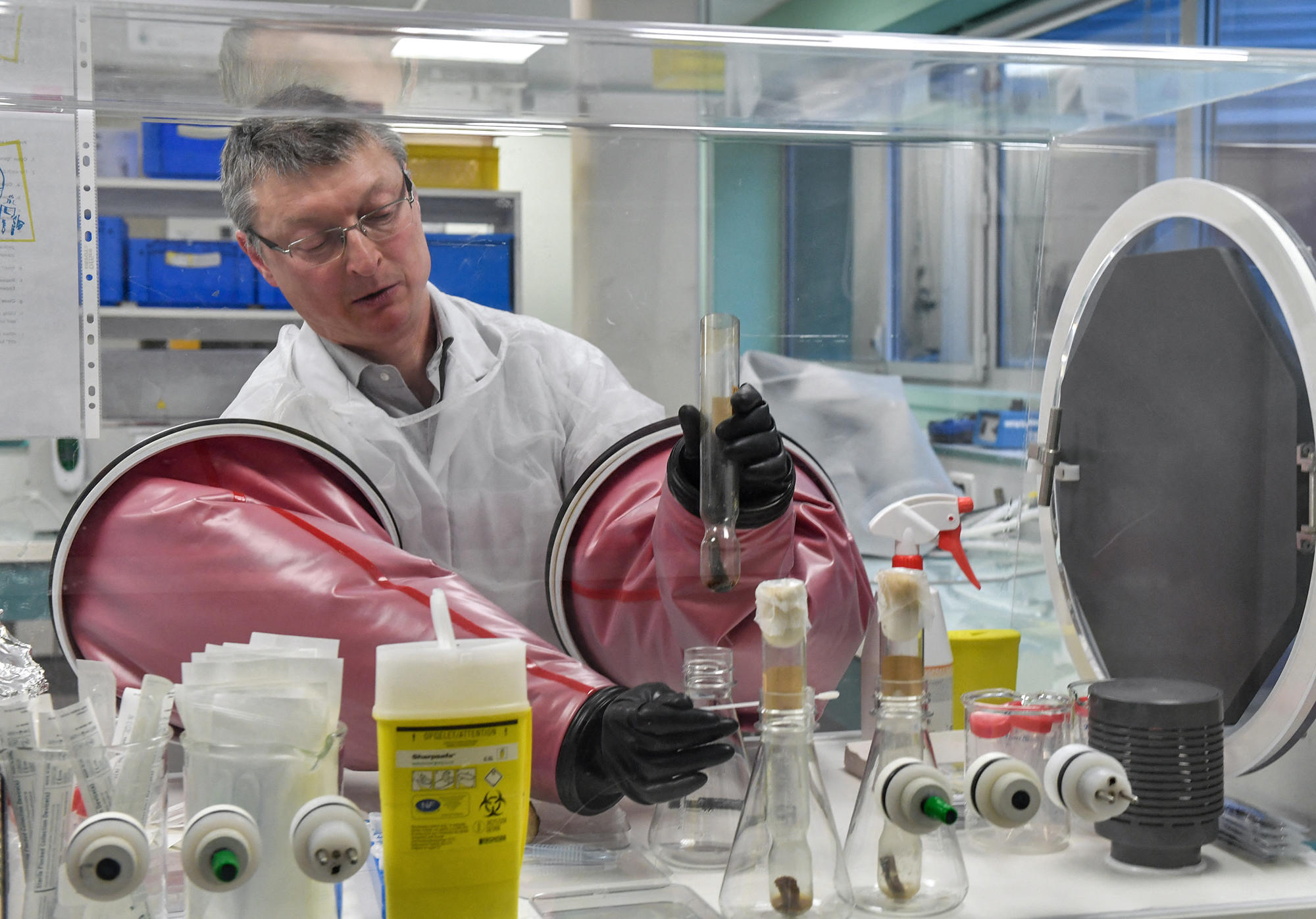 Neyrolles and his teams have been working for more than twenty years on the family of mycobacteria, which includes the Koch bacillus. They have explored vaccines based on complete and active, albeit attenuated, bacilli. More specifically, they have studied the so-called “Pekin” strain, which is one of the most virulent, in the hope that starting from such an aggressive base might offer better immunity. For the moment, this approach has not demonstrated greater efficacy than BCG. The IPBS teams are also conducting more fundamental research in order to clarify the cellular immunity at play against tuberculosis. The role of cytotoxic lymphocytes, which among other things are involved in the immune response against tumours or HIV, is one of the options being investigated.

The astonishing therapeutic effects of BCG

The Sixth Global Forum on TB Vaccines will therefore have food for thought. And yet, despite the many candidates to replace or boost BCG, the venerable centenarian has not said its last word; it is still central to numerous studies which will be presented during the congress, notably concerning the therapeutic effects of BCG.

Even during the early decades of its use, BCG proved highly effective and helped to reduce infant mortality. Much to the surprise of physicians and researchers, the vaccine also protected children from other infectious diseases, a finding confirmed lately by studies on certain animal models. Indeed, BCG was recently tested to find out whether it was effective against Covid-19, but this did not prove to be the case. Nevertheless, when injected directly into the bladder, it can help to treat bladder cancer provided that treatment has been initiated at an early stage. The injection causes inflammation that appears to destroy cancer cells, although researchers do not fully understand how this process works, nor why.

“Tuberculosis mainly affects developing countries and has been overshadowed by Covid-19, which has far more of an impact in wealthy countries,” Neyrolles laments. “It is nevertheless worth remembering the importance of this disease in terms of public health, particularly since the WHO predicts that antibiotic-resistant bacteria will become the principal cause of mortality worldwide by 2050. Strains that are impervious to treatment have already been discovered close to us, in Latvia and Italy.” And the scientist warns: “Tuberculosis in France is not overwhelming, but it definitely remains a concern.”