Home / Articles / Biodiversity loss and climate change must be addressed together

Biodiversity loss and climate change must be addressed together

Home / Articles / Biodiversity loss and climate change must be addressed together

Biodiversity loss and climate change must be addressed together

Polar bear in Manitoba, a province in western Canada.
Andreas Edelmann /Stock.Adobe.com
Share
Share
A recent report, co-authored by experts on climate change (IPCC) and biodiversity loss (IPBES) shows that these two phenomena are closely related. And although some solutions put forward to tackle either of the two may prove detrimental to the other, there are several possible ways of meeting this dual challenge.

If one day in the distant future geologists decide to study our geological epoch (now informally called the Anthropocene), they are likely to characterise it by two sudden, simultaneous events: climate change, and a mass extinction of species coupled with the destruction of large numbers of ecosystems.

These two global crises are inextricably connected. That is the main conclusion of a report drawn up by 50 scientists from the Intergovernmental Panel on Climate Change (IPCC) and the Intergovernmental Science-Policy Platform on Biodiversity and Ecosystem Services  (IPBES). “These two processes have the same causes, linked to our patterns of production and consumption. We therefore need to respond to both threats at the same time,” explains Sandra Lavorel, CNRS senior researcher at the Alpine Ecology Laboratory (LECA) 1 in Grenoble (southeastern France), and a member of the IPBES. “The problem is that in international political agendas, it is often climate change that takes precedence.”

“Simplistic solutions” and their consequences

However, neglecting one problem in favour of the other is to forget the extent to which the climate affects biodiversity, and vice versa. For example, in the case of coral reefs, global warming and rising sea temperatures are endangering the biodiversity of one of the world's most complex ecosystems. Conversely, the degradation of peatlands, wetlands and tropical forests threatens to release large amounts of greenhouse gases into the atmosphere, thereby exacerbating climate change. This also poses a threat to human societies. “When natural systems no longer function, the cities and communities that depend on them are at risk,” explains Camille Parmesan, senior researcher at the CNRS Theoretical and Experimental Ecology Station (SETE) in Moulis (southwestern France). “It is the ecosystems that purify and store water and control the carbon cycle.” 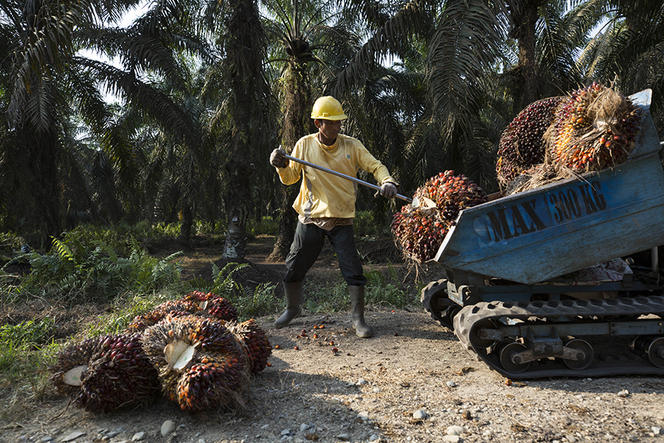 Harvesting oil palm fruit in Jambi province, Indonesia (2019). The monoculture of palm oil, an increasing proportion of which is used for the production of biofuel, is destroying the equatorial forests of Asia and endangering local biodiversity. 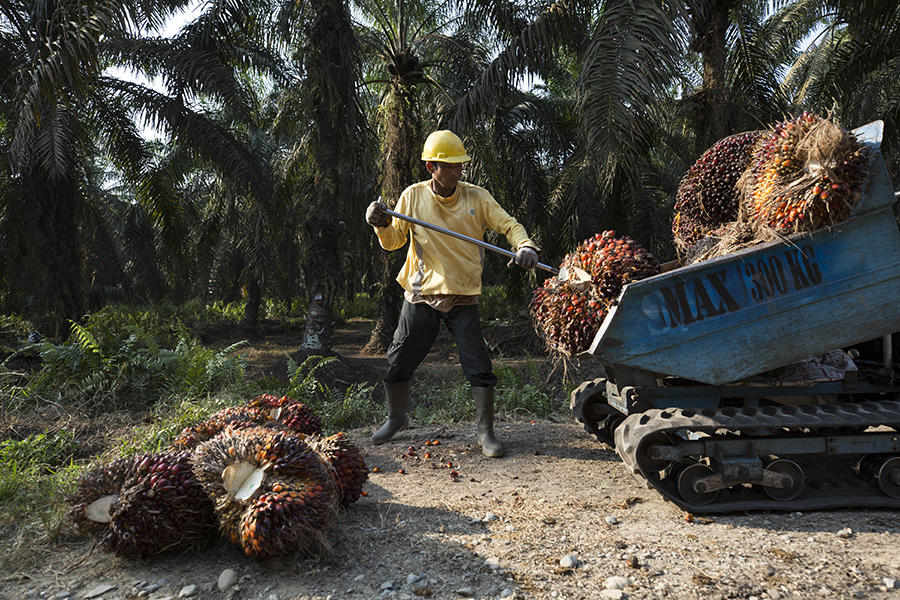 One of the salient points of the joint IPCC-IPBES report is a reminder that certain solutions aimed at mitigating climate change can adversely affect biodiversity and human well-being. For instance, large hydroelectric dams or the production of biofuels can put pressure on ecosystems that are already under threat. Monoculture tree plantations may also have the opposite effects to those intended, especially when they replace indigenous forests or non-forest ecosystems. “There are no magic recipes, either for the climate or for biodiversity. Simplistic solutions can damage the latter and then backfire on the former,” Lavorel points out.

What should be done in that case? For the authors of the report, the first step is to reduce greenhouse gas emissions. This implies, among other measures, a fundamental overhaul of our food production systems, whose contribution to climate change is estimated to be between 21 and 37%. However, Parmesan is adamant: “Reducing emissions is no longer enough.” We also need to trap CO2 in the soil and the biosphere, and absorb a proportion of the greenhouse gases already present in the atmosphere. To do this, ecosystems need to function properly. The experts are therefore calling for the implementation of nature-based solutions, such as promoting sustainable agriculture and forestry practices, and developing green infrastructure (parks, green roofs, etc) in cities. However, according to the report’s authors, priority must be given to protecting and restoring natural ecosystems. 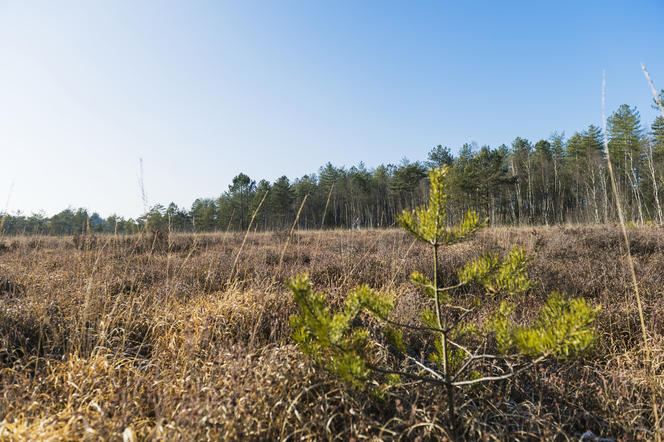 La Guette peatland, Neuvy-sur-Barangeon, in the Cher department, central France. Peatlands contain one third of the total carbon stored in the world's soils and can therefore have a strong feedback effect on the climate. 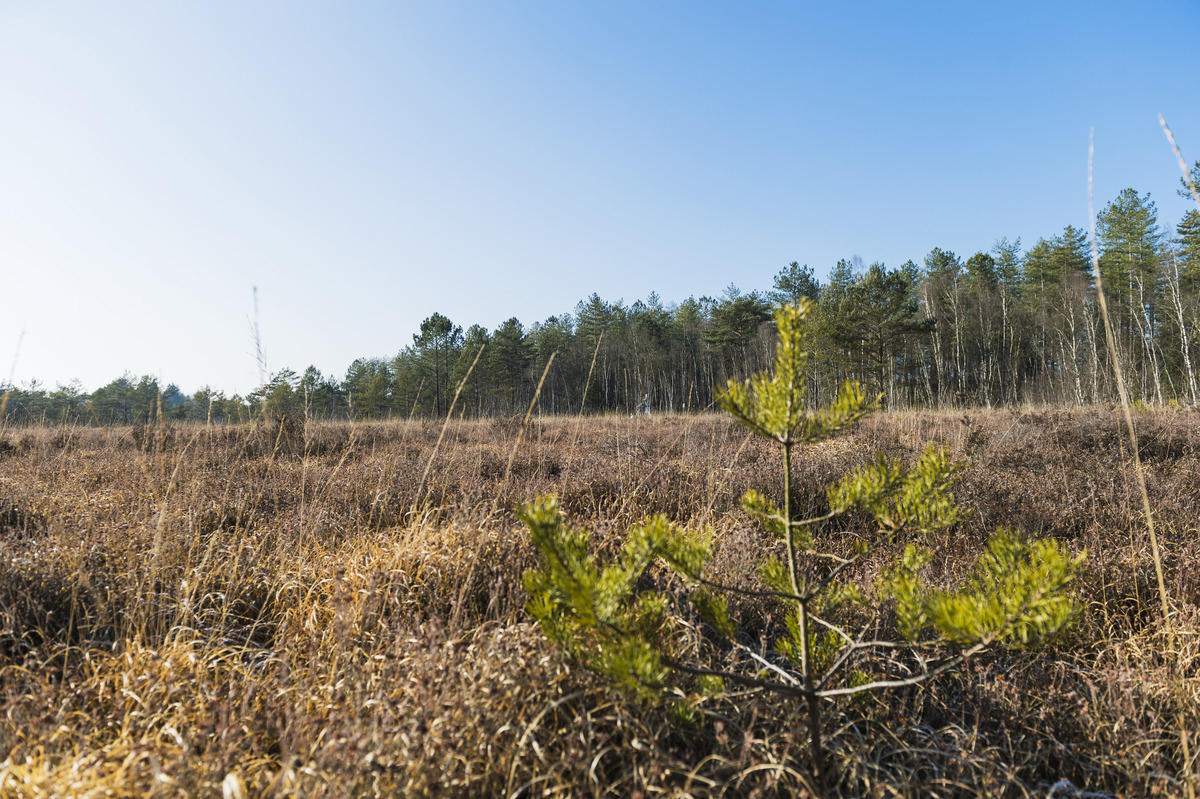 In their opinion, if we are to slow down species extinction and mitigate climate change, we must protect 30 to 50% of the land and oceans (as compared with, respectively, 15% and 7.5% today). Similarly, 20% of natural habitats should be restored, including in areas inhabited or altered by humans. Parmesan believes that peatlands, Mediterranean forests, wetlands, grasslands and tropical forests are some of the ecosystems whose conservation and rehabilitation should be given precedence, because “they are valuable carbon sinks and exhibit high levels of biodiversity”.

One example of this approach can be found in Lavorel's latest research field, New Zealand, where the Government Climate Change Commission has recommended restoring 300 000 hectares of indigenous forests. This is a welcome change of direction, since the country had previously opted for large conifer plantations. Indigenous forests, which are havens of endemic biodiversity, are more sustainable as carbon sinks and far more resistant to drought and fires. They are also a source of livelihood for the Maori people.

This last point is fundamental. As the report points out, these strategies must involve local populations if they are to be effective. “They must also be three-pronged in that they should address the problem of climate change, restore and protect biodiversity, and produce benefits for people. Otherwise, they won’t work,” explains Lavorel, who for the past fifteen years has been studying the relationship between the biodiversity of Alpine meadows and low-intensity livestock farming.

In the Alps, diversified grasslands are rich in herbaceous species and highly resistant to climate change, providing farmers with resources even in dry years. In order to protect these pastures, which have high cultural and tourism value, retain large amounts of carbon in the soil, and are home to a wide range of plant and animal species, livestock farmers must be able to make a decent living from their work. All the more so as the know-how of the locals frequently turns out to be crucial: “The restoration of natural areas should be carried out in cooperation with local communities, farmers, hunters, all those who are familiar with the area,” Parmesan adds. 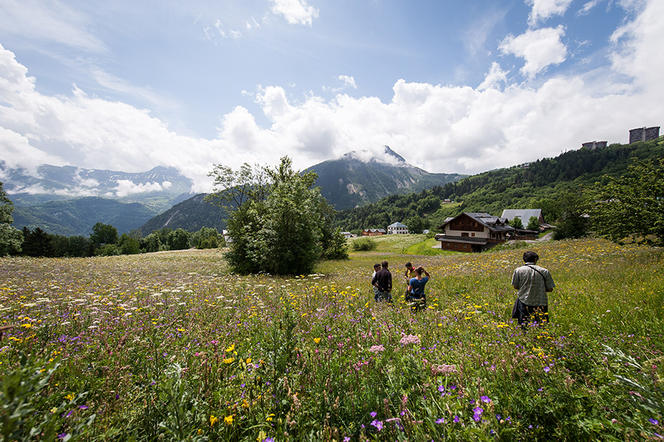 Visit to mountain grasslands for a flowering meadows competition, in Villarembert, Savoie (French Alps) in 2018. Such mountain regions are especially vulnerable to global change. 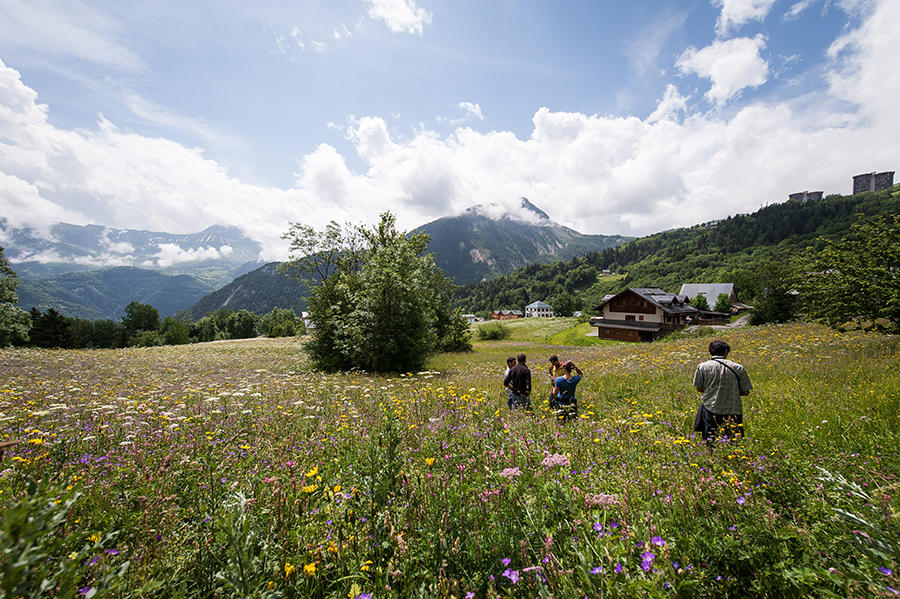 There are solutions to fight climate change and biodiversity loss. It remains to be seen whether a combination of political will and the involvement of local people will be enough to redress the balance. According to Lavorel, the Anthropocene is not only a period in which two major systemic crises are unfolding: it is also a time when humans are at last becoming aware of their impact on the planet and starting to take responsibility for its future.

To find out more
The report can be viewed or downloaded from the IPBES website: Scientific outcome of the IPBES-IPCC co-sponsored workshop on biodiversity and climate change
And on the CNRS News website:  'It is not too late to act for biodiversity' (interview with Bruno David, President of the French National Museum of Natural History).