A promising lead for preventing severe forms of Covid-19

A promising lead for preventing severe forms of Covid-19

If the scientists’ hypothesis is confirmed, treatment combining antioxidant drugs could help to prevent severe forms of Covid-19.
Sebastien ORTOLA / REA
Share
Share
The most severe cases of Covid-19 could be associated with major oxidative stress. Scientists are now proposing solutions to rapidly identify patients who are likely to develop these acute forms, as well as treatment to manage them.

The term “neutrophils” is little known to the general public, but in fact this family of white blood cells may play a key role in the body’s reaction to Covid-19. “Circulating neutrophils in the blood are the first cells to be recruited in the event of viral intrusion into a tissue. These cells from the immune system then leave the bloodstream and enter the infected area – the lung, in the case of a Covid-19 infection,” explains Mireille Laforge, an immunologist at the environnemental Toxicity, Therapeutic Targets, cellular Signaling and Biomarkers laboratory (T3S), who with other scientists from the CNRS, INSERM and Université de Paris has authored an article on this subject in Nature Reviews Immunology. 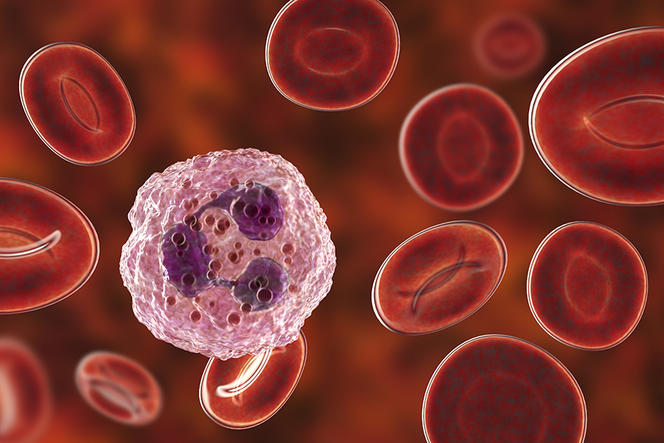 Circulating neutrophils are the first cells in the immune system to be recruited into infected tissues. 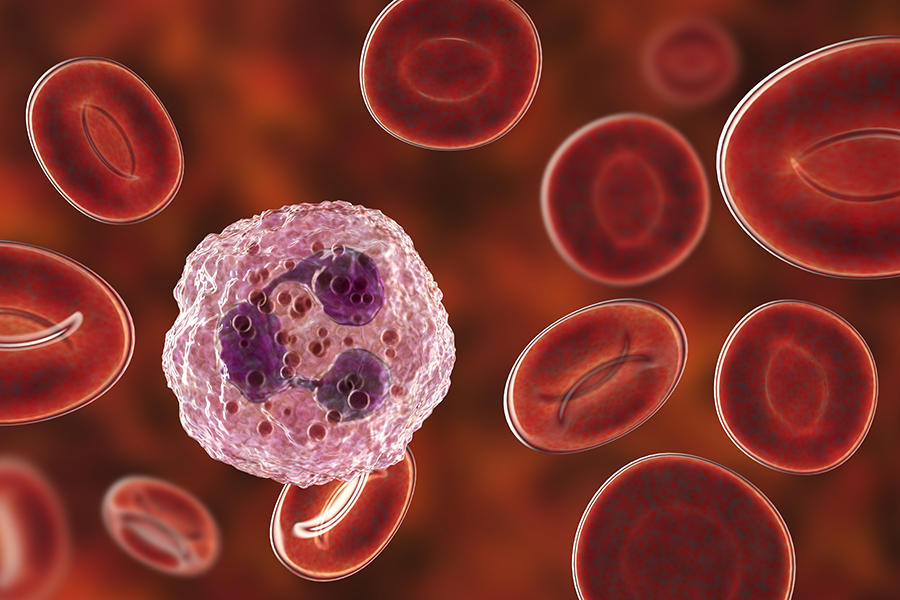 Circulating neutrophils are the first cells in the immune system to be recruited into infected tissues.
SPL/BSIP
SPL/BSIP
Share
Share

Once in the infected tissue, the neutrophils are activated and release free radicals, or reactive oxygen species (ROS) that destroy the infective agent. The problem is that although ROS are highly effective weapons against intruders, these toxic derivatives may also escape control by the body and turn back on it, attacking its healthy cells. “Under normal circumstances, the body benefits from antioxidant defences that rapidly neutralise ROS. But these decline with age or in the case of pathologies such as diabetes, obesity and other chronic conditions, thus leading to oxidative stress,” she adds.

This means that an excessive activation of neutrophils and a particularly abundant production of their fatal weapon, ROS, may be involved in severe forms of Sars CoV-2. “This theory, verified by several international studies, has been supported by the presence in Covid-19 patients of an abnormally high proportion of neutrophils in the blood, all the more so in the case of an acute form of the disease.”

The over-excitement of these immune system cells may contribute to a worsening of the condition and various complications observed in patients admitted to intensive care units: circulatory disorders and blood clots, damage to the lungs and other bodily tissues and insufficient levels of oxygen in the blood, which may lead to the patient’s death.
Indeed, as well as destroying the infective agent, ROS are able to directly attack healthy cells, such as those making up the walls of blood vessels, but also erythrocytes, preventing them from fixing oxygen and then distributing it throughout the body. “This simultaneous damage to lung tissues and red cells may explain why the oxygen levels measured in the blood of these patients remain abnormally low even if they have been put under respiratory support,” notes the researcher.

The key role of neutrophils and free radicals during the course of the disease may also explain why children, whose neutrophils are less reactive and antioxidant defences are more efficient, are less affected by severe forms of Covid-19.

This fundamental discovery may open the way to an earlier diagnosis and identification of patients who may be the most at risk, so that appropriate treatment can be administered without delay. “By evaluating the proportion of activated neutrophils in the blood and oxidative stress levels in patients from the onset of the disease, it may be possible to single out those who are likely to develop a severe form so that they can be treated rapidly with combination medications that associate anti-elastase drugs to inhibit the activated white blood cells, and antioxidants to trap ROS,” the scientist says.

The good news is that these medicines are already on the market. All the researchers need to do now is validate their hypotheses in a study that could be carried out during the second wave of the epidemic. “It is all a question of finding the right balance. Indeed, the action of neutrophils must not be blocked too early, as they are obviously essential to fight the virus itself.” Which means preventing the immune system from getting over-excited, while letting it do its job.